UK tries to convince EU to go after Chinese hackers 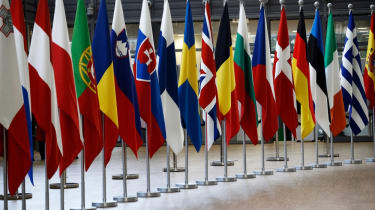 According to Bloomberg, a team of British experts briefed their EU colleagues on APT 10, which is believed to have ties to the Chinese government, at a technical meeting last month.

Unnamed sources said that experts provided evidence of both software and hardware attacks by the Chinese group, but the sources didn't give specific details about these alleged hardware attacks, saying the information was classified.

The officials attending the meeting reportedly discussed potential responses, such as sanctions or a joint warning and reportedly agreed to discuss the matter further at an EU-China summit in April.

Any response from the EU would follow on from indictments made by the US government over alleged espionage and intellectual property theft by China. APT was the main focus of the indictments made by the US Justice Department in December. It accused Chinese officials of orchestrating a decade-long espionage campaign involving the infiltration of US companies, as well as organisations in other countries.

This has resulted in increased international tensions between the US and China, with the former regularly being backed by both the UK and the EU. It has drawn a strong reaction from China.

"Some countries [sic] accusations against China on the cybersecurity issue are unfounded and groundless, driven by ulterior motives," the Chinese mission to the EU said in response to the allegations. "We urge the relevant parties to stop defaming China, so as not to undermine their bilateral relations and cooperation with China."

Both New Zealand and Australia have imposed bans on Chinese comms giant Huawei, following a campaign by the US government to impose sanctions on the company. In January, US authorities filed criminal charges against Huawei, relating to alleged espionage and trade secret theft, while still trying to reach a trade deal with the Chinese government.