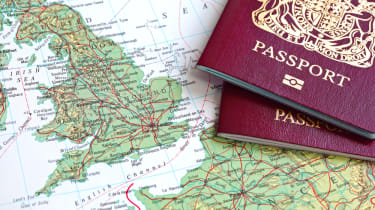 Large and complex data sets used by the Home Office will be reviewed by an independent, non-governmental public body.

The Biometrics and Forensics Ethics Group (BFEG), which already oversees the ethical impact of human samples and biometric identifiers used by the Home Office, will now have the remit to consider the ethical issues relating to large and complex data sets.

The move is aimed at strengthening the public's assurance on the use of data within the department, which has come under heavy scrutiny for its use of personal data for immigration purposes.

The BFEG will provide independent oversight of the Data Ethics Governance Framework, which was established to ensure balanced consideration of the use of data within the Home Office.

"With ever-increasing volumes of data and the implementation of new data protection legislation, it's more appropriate than ever to expand the BFEG remit to consider large and complex data sets," said Chris Hughes, chair of the BFEG.

"The expansion will build on the committee's existing work and will work to ensure that the use of an individual's personal data is legitimate and proportionate, contributing to justified trust in the Home Office."

Using an exemption written into the Data Protection Act 1998, the Home Office could restrict the access to personal data if it would add "prejudice" to effective immigration control. But, as argued by the campaign group The3Million, this prevents people from challenging inaccuracies in their data and Home Office cases.

This was of particular concern after the chief inspector of borders and immigration had acknowledged the Home Office has a 10% error rate with its immigration status checks.

Last month, The3Million and fellow campaign group Open Rights Group were granted permission to bring a judicial review against the exemption used by the Home Office.