Huawei's Meng Wanzhou to sue Canadian authorities over her arrest 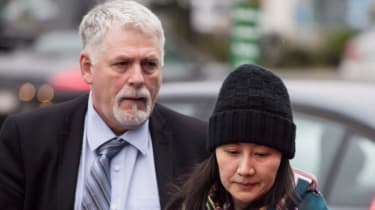 Huawei's CFO Meng Wanzhou is suing the Canadian government, its border agency and federal police for violating her constitutional rights during her arrest on 1 December.

In a civil lawsuit filed by Meng's lawyers at the British Columbia Supreme Court on Friday, it is alleged that she was detained, searched and interrogated for three hours before she was arrested.

Her lawyers said that the manner in which officers obtained evidence and information from Meng constituted a serious violation of the Canadian Charter of Rights and Freedoms. It's claimed that officers from the Canadian Border Services Agency deliberately delayed presenting an arrest warrant to detain, search and interrogate Meng to extract evidence prior to her arrest and also searched her luggage and confiscated electronic devices.

The lawsuit claims it was "a deliberate and premeditated effort on the part of the defendant officers to obtain evidence and information from the plaintiff in a manner which they knew constituted serious violations of the plaintiff's rights".

Meng is the chief financial officer for the Chinese tech giant and the daughter of the company's founder, Ren Zhengfei, who is alleged to have ties with the Chinese government. Although Huawei has always maintained it's not a state-run or sponsored enterprise, Zhengfei's links to the Chinese Military and the Communist Party of China has been enough to convince the US and some of its allies that Huawei technology presents a security risk.

The company has seen a number of Western countries block or question its security, particularly with its 5G infrastructure, despite reportedly having quite advanced technology.

Since her arrest, US authorities have filed charges against Meng, for violating trade sanctions with Iranian companies, and Huawei for stealing trade secrets. But Meng and Zengfei, along with the Chinese government, have always denied the charges, accusing the US of trying to block the company and other tech firms from China. Canada arrested Meng at the request of the US government and has found itself in the middle of an ongoing standoff between the two opposing nations.