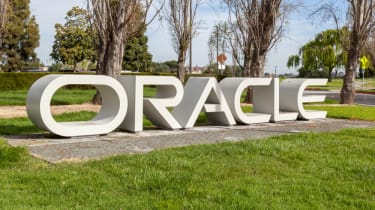 Oracle has lost a battle with Rimini Street after the US Supreme Court ordered the cloud giant to pay back $12.8 million to the third-party software firm.

It all stems from a copyright infringement and data theft lawsuit filed by Oracle against the software company. Initially, Oracle won a $124 million verdict in 2015, a figure which included some $20 million in costs.

The Supreme Court issued a unanimous decision limiting the scope of costs that can be awarded to the prevailing party in a copyright dispute and the two firms have been locked into multiple lawsuits since 2010.

However, this latest twist in the saga has seen the US Supreme Court order Oracle to pay back $12.8 million in litigation fees that Rimini Street had initially been ordered to cover.

"We are pleased with this latest victory in the highest Court, and look forward to continuing our fierce competition with Oracle in the marketplace by providing the best enterprise software support service and value for Oracle licensees worldwide," said Rimini Street CEO, Seth Ravin, who has been exonerated on all claims.

Mark A. Perry of Gibson, Dunn & Crutcher LLP, who argued the case for Rimini Street in the Supreme Court, added: "The Supreme Court unanimously agreed with the structural, grammatical, and historical arguments that we advanced on behalf of Rimini Street, and rejected the contrary positions put forth by Oracle. The Court brought cost awards under the Copyright Act back into line with hundreds of other federal statutes."

Rimini Street has consistently stated that it was innocent of any copyright infringements levied at it, but Oracle has hit back with a strong statement which suggests that the saga is far from over.

"The Supreme Court's narrow decision today on recovery of a type of cost does not change the fundamental facts of the case," an Oracle statement said.

"Rimini engaged in a massive theft of Oracle's IP and tried to cover it up by destroying evidence and engaging in other litigation misconduct, but it got tagged for its illegal activities anyway by both judge and jury, as the opinion acknowledges.

"And despite its effort to avoid an injunction, Rimini has been enjoined from further infringement."