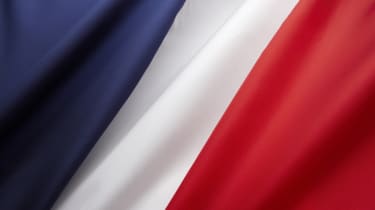 France's proposed 3% levy on big tech companies has been called "misguided" by the founder of Tech London Advocates because it will have negative consequences on the tech sector.

Russ Shaw, the founder of Tech London Advocates, writing in The Telegraph, said that France's attempt to "bash" big tech hugely underestimates the negative impact it will have on the country's burgeoning tech ecosystem.

Last week, the French government introduced a 3% tax on the French revenues of internet giants such as Google, Apple, Amazon and Facebook. The bill is a method to get around tax avoidance measures by large multinational corporations that pay most of their taxes in the EU country it's based in.

It was called the "GAFA" tax, (an acronym for Google, Apple, Facebook and Amazon) and applies to digital companies that have global revenues of more than 750 million and French revenues of over 25 million. But for Shaw, these figures don't add up, particularly for startups.

"Investors seek out companies growing in vibrant, optimistic ecosystems with the full spectrum of start-ups, scale-ups and large corporates. If France is slamming the door in the face of big tech, that 500m is going to be a big price to pay if the level of tech investment starts to plummet," Shaw wrote.

"The most important thing at stake is not the contribution to the economy, it is the message France sends to the international tech community."

With the traditional economy rapidly becoming digital, and thus dominated by tech companies, an effective framework to hold them financially accountable is needed. But what that framework should entail has become a major talking point due to its perceived consequences on the smaller operators in the same industry.

In October, chancellor Phillip Hammond announced a UK tax on the revenues of search engines, social media platforms and profitable online marketplaces. The UK Digital Services Tax will come into effect in April 2020 and will be a 2% levy estimated to raise 400 million per year.

Similar to France, the UK's proposed tax was met with concern from one of the country's biggest trade authority, Tech Nation.

"The announcement by the Chancellor, Philip Hammond, of a 2% tax on revenues of multinational technology companies risks stifling entrepreneurialism and innovation, which recent governments have done much to encourage," said Gerard Grech, chief executive of Tech Nation.