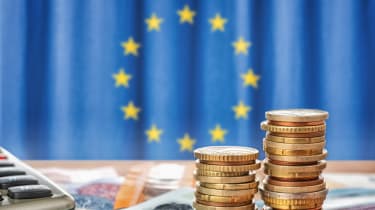 The European Union has decided to cancel its proposed plans to impose a digital tax on major multinational tech giants, announcing instead that it will wait for the G20 group to implement wider tax reforms.

The plan was pushed for by countries including France, Britain and Italy, in an effort to try and recoup some of the taxes that lawmakers have accused companies like Facebook and Google of dodging.

The G20, which includes nations such as Russia, Japan and the US as well as the EU, is currently working with the supra-national Organisation for Economic Cooperation and Development to develop a plan which would address the issue of how to fairly tax tech companies that provide global digital services. It is currently considering a number of proposals with a view to implementing a system by 2020, but no strategy has been formally announced.

The EU had previously mooted a 3% tax on the EU revenues of tech companies, but the proposals stalled after opposition from Denmark, Sweden and Ireland. Ireland, in particular, has attracted a large number of tech companies thanks to highly favourable tax rates; Google, Facebook, Microsoft and more all base their European headquarters in Dublin, a practise which has drawn criticism from several quarters. The European Commission ruled last year that Apple had to hand over more than 14 billion to Ireland in back taxes, a decision which both Apple and the Irish government are contesting.

In the absence of any Europe-wide action on the tax plan, the French government is planning to issue its own national equivalent of the digital tax this year, which French tax authorities claim could earn the country 500 million per year. France has a history of locking horns with tech companies over their taxes - the country demanded a total of 1.6 billion in back taxes from Google back in 2016.

The UK has announced plans to impose its own version of the so-called Google tax' too. Chancellor Philip Hammond said in his last budget speech that a 2% UK Digital Services Tax' on the revenues of profitable online firms would come into effect from April next year, arguing that "it is clearly not sustainable or fair that digital platform businesses can generate substantial value in the UK without paying tax here".

The idea has been met with some resistance; Tech London Advocates founder Russ Shaw called the French proposal "misguided", while The Coalition for a Digital Economy warned that it would drive tech investment to other countries, inadvertently harming smaller companies and startups.

While plans for an EU digital tax have been abandoned for now, officials have said that the issue will be revisited should the planned global reforms fall through.