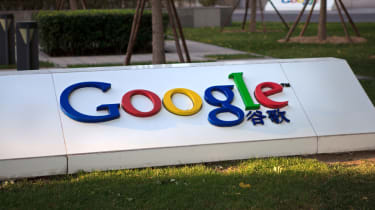 The United States' most senior military officer has accused Google of working to benefit the Chinese military, amid rising tensions between the two nations and growing backlash over tech giants accepting defence contracts.

The comments were made by the chairman of the Joint Chiefs of Staff, General Joseph Dunford, during a Senate Armed Services Committee budget hearing. In addition to being the US' highest-ranking military officer, Dunford also acts as the president's top military advisor as part of his role.

"We watch with great concern when industry partners work in China knowing there is that indirect benefit," he said, "and frankly 'indirect' may be not a full characterization of the way it really is. It's more of a direct benefit to the Chinese military."

The comments were prompted by a discussion of Google's decision not to participate in US military projects such as Project Maven, a programme which aims to use artificial intelligence technology to improve the performance of unmanned aerial vehicles such as Reaper and Predator drones.

Google was forced to cease its involvement in Project Maven after employees and members of the public voiced strenuous objections to the company's support of military drones. According to research by the Bureau of Investigative Journalism, drone strikes have been responsible for as many as 12,000 total deaths since it began recording statistics, including as many as 1,725 civilians and almost 400 children.

The company has since signed a pledge to rule out using its artificial intelligence research to create weapons tech, and its researchers have similarly added their support to a pledge saying that AI should never be given the power to end a human life.

Other tech firms have faced similar censure over their work with US military and law enforcement organisations in recent months; Microsoft was forced to justify its decision to accept US military contracts last year, while Salesforceand Amazon were both slammed for providing facial recognition technology to the US Immigration and Customs Enforcement (ICE) agency.

Exactly what benefit Dunford is alleging Google provides to the Chinese military is currently unclear; the company has no known official contracts with the People's Liberation Army, and has so far been hindered from entering the Chinese market due to its heavy-handed censorship laws. It also had to pull out of a proposed project to build a censored version of its search engine for Chinese users - dubbed Project Dragonfly - after another outcry from staff.

Dunford may be referring to an AI research centre that Google established in China last year. The US' former deputy secretary of defense Bob Work made similar comments in 2018, arguing that due to the intimate links between Chinese corporations and the country's army, "anything that's going on in that center is going to be used by the military".

Secretary Shanahan also pointed out the close connection between commercial businesses and the military in China. "Five trillion dollars of their economy is state-owned enterprises, so the technology that is developed in the civil world is transferred to the military world," he said; "it's a direct pipeline."

Google has pointed in response to testimony delivered by CEO Sundar Pichai at a congressional hearing last year, in which he reinforced that Google was happy to work with the US government.

"As an American company, we cherish the values and freedoms that have allowed us to grow and serve so many users," he said. "I am proud to say we do work, and we will continue to work, with the government to keep our country safe and secure."