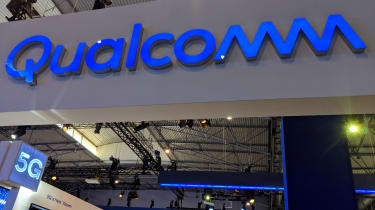 Qualcomm has won a legal victory against Apple in a San Diego federal court, where a judge found that the iPhone maker owed $31 million for infringing three of the chip maker's patents.

This particular crux of this ongoing legal case centers around Apple alleged Qualcomm patent violations in the technology it uses to extract more battery life out of iPhones. For these violations, Qualcomm asked the jury to award it unpaid patent royalties of up to $1.41 per iPhone.

"The technologies invented by Qualcomm and others are what made it possible for Apple to enter the market and become so successful so quickly," Don Rosenberg, Qualcomm's general counsel, said in a statement. "We are gratified that courts all over the world are rejecting Apple's strategy of refusing to pay for the use of our IP."

Apple said it was unhappy at the decision but a case it filed in 2017 will begin next month as the iPhone maker seeks to dismantle what it calls Qualcomm's illegal business model for both licensing patents and selling chips to phone manufacturers.

"Qualcomm's ongoing campaign of patent infringement claims is nothing more than an attempt to distract from the larger issues they face with investigations into their business practices in U.S. federal court, and around the world," Apple said to Reuters.

A US federal judge has issued a preliminary ruling that Qualcomm owes Apple $1 billion in patent royalty rebate payments.

Reuters reported that on Thursday, Judge Gonzalo Curiel of the US District Court for Southern California that the biggest supplier of smartphone chips was obliged to pay Apple the large fee. But, it is worth noting that the payment is not likely to be made as there are still other developments in the long-running dispute.

Apple has used Qualcomm's modem chips to connect iPhones to wireless data networks for years and the payments were part of a business cooperation agreement between the two companies.

To summarise, the contracted factories that built Apple's iPhones would pay Qualcomm billions of dollars per year for the use of its patented technology. Apple would reimburse the factories for these payments.

In a separate contract, Qualcomm would pay Apple a rebate on the iPhone patent payments if Apple agreed not to attack the chip maker in court or through regulators. But, two years ago, Apple sued Qualcomm, arguing that the chip maker had broken the cooperation agreement by not paying $1 billion in royalty rebate payments.

Qualcomm responded by accusing Apple of breaking the agreement by urging other smartphone makers to complain to regulators and the Korean Fair Trade Commission (JFTC). The JFTC had a 'cease and desist order placed on Qualcomm in 2009, which affected its licensing in Japan. But, on Friday the commission reversed the decision, concluding that the company's cross-licensing provisions did not violate Japanese antimonopoly law.

"We are very gratified to learn that after years of considering the evidence and applicable legal authority, the Japan Fair Trade Commission has concluded there was nothing improper about Qualcomm's cross-licensing program," said Don Rosenberg, general counsel and executive vice president of Qualcomm.

"Today's decision affirms our confidence that once Qualcomm was afforded a full hearing, and actual evidence was considered, the JFTC would find that our cross-licensing program was completely lawful and the product of arms-length, good-faith negotiations with our Japanese licensees. The JFTC is now the second antitrust agency after the Taiwan Fair Trade Commission to have revoked its ruling against Qualcomm."

However, in the US, Judge Curiel sided with Apple, for now as the decision will not become final until after the trial in the case, which begins next month. And it is unlikely that Qualcomm will make a new payment to Apple.