What is the Communications Act 2003?

A look at the principle law governing telecoms in the UK, including its contentious Section 127 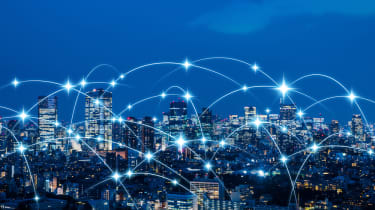 Over the past 20 years, social media has transformed how we communicate with one another. Gone are the days of landline telephones and dial-up internet, and even television has evolved dramatically in this new era. As a result, telecommunications regulation has needed to evolve as well.

The UK's answer to this is the Communications Act of 2003. The legislation has had wide-ranging effects on the media and telecommunications industries, but it can be dense and convoluted, making it difficult to understand.

We've put together some explanatory notes so you can find out how the act could affect you.

Over the past two decades, the role of technology in society has changed drastically. It took just a few years for our communications to become completely dominated by electronic platforms and instant messaging. The pace of change since the turn of the millennium has been blistering, something which sparked an urgent need to reform regulations that no longer governed technology in use.

The United States was one of the first jurisdictions to recognise the need for new laws, introducing the Telecommunications Act of 1996. This marked the first time that telecoms laws had been designed to incorporate internet activity. Alongside this, the law also deregulated huge swathes of the media industry, sparking a trend of fewer corporations operating within the sector.

During this time, the UK was still operating under its own Telecommunications Act, introduced in 1984. This law launched the Office of Telecommunications (Oftel) and also formalised the privatisation of BT. It wasn't until 2003 that the UK would finally update its laws to match the habits of wider society, in the form of the Communications Act.

It's important to note, however, that although the act holds its initial dating, its provisions have seen updates since 2003, which have so far kept pace with emerging technology.

The impact of the 2003 Communications Act is diverse and far-reaching. Like its predecessor, it has sections pertaining to broadcast networks, only this act now required BBC services, teletext providers, and Channels 3, 4 and 5 to fulfil certain public service obligations in order to maintain their broadcast licences. Examples of these obligations include children's programming and a news provision, and unlike the previous 1984 act, much of it pertains to the internet.

The legislation introduced the so-called "piggybacking" ban, which made it illegal for people to access and use Wi-Fi that they did not pay for, unless the network has been made available to the public, such as those provided by coffee shops.

Aside from this, two major trends emerged throughout the rest of the act: relaxing restrictions on media ownership and banning offensive online content.

In short, the act dictates how people in the UK can access and use telecommunications, including television, phone calls, and, most importantly, the internet. Like the Telecommunications Act of 1996 in the US, it was meant to minimise regulatory burdens and maximise commercial opportunity.

The act abolished the licensing system put in place by the 1984 act, under which operators of telecommunication systems were required to obtain a license from the government, so the 2003 act made it much easier for smaller, local systems to establish themselves. The newer act allowed foreign ownership of ITV, Channel 5 and all AM and FM radio stations. Previously, non-EU ownership was forbidden.

Furthermore, the so-called "Murdoch clause" (named after media mogul Rupert Murdoch) allowed newspaper groups that own at least 20% of the market to purchase Channel 5. However, groups of the same size are prevented from buying ITV. The Secretary of State can intervene on such mergers when he or she feels plurality is threatened - known as the plurality test.

The government now has more flexibility when getting involved on the grounds of public interest as a result. With the act, local authorities were now able to own broadcast licenses for the first time, helping them to encourage community radio stations.

In short, because of the relaxation of ownership restrictions, it became easier to get involved in the media sector.

Oftel, the regulator established under the 1984 act, was eventually folded into the Office for Communications (Ofcom) as part of the Communications Act 2003. Ofcom's scope is much larger as a result, now covering four other regulatory bodies: the Broadcasting Standards Commission, the Radio Communications Agency, the Independent Television Commission and the Radio Authority.

Its primary purpose is to advocate for telecommunications customers. According to its "About" page, Ofcom's "duties come from Parliament. Our priority is to look after you, and we sometimes do this by promoting competition among companies we regulate." It "provides advice and information", and takes complaints through its website and call centre.

Amendments in the past 10 years have also given it the power to oversee the Royal Mail and enforce regulations relating to Internet copyright breaches.

Section 127 is arguably the most well-known element of the 2003 legislation. It pertains to malicious communications and has been the subject of a number of cases involving messages across social media, including the "Twitter Joke Trial" and Facebook comments over the murder of April Jones.

It's important to note that the 2003 act categorises social media as a public electronic communications network. Under the section, users can face punishment for sending or posting offensive content, while it also forbids the sending "by means of a public electronic communications network a message or other matter that is grossly offensive or of an indecent, obscene or menacing character" (s 127(a)).

The section has come under scrutiny for being too heavy-handed in its scope and approach. Critics say it infringes on free speech, while proponents say it's no different than the previous act's ban on indecent, offensive and threatening phone calls.

A 2012 appeals court found that in cases involving jokes, these do not fall under the provisions of sections 127 as they're not meant to be taken seriously. Similarly, former Director of Public Prosecutions Keir Starmer has warned against using section 127 as a catch-all for offensive language because of the dangers it poses to free speech.

What constitutes as "grossly offensive" or even as a joke isn't always easy to define, though. Decisions are case-by-case, so navigating and applying this section of the act is an ongoing process.