No need to dial up when your internet goes down, ISPs are now incentivised to pay you back without prompt 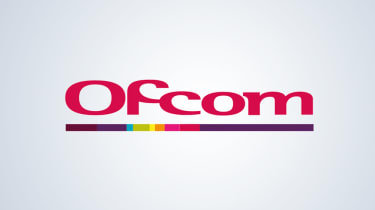 SMEs and consumers alike are no strangers to internet outages, so Ofcom has brought its automatic compensation scheme into effect.

The schemes, first proposed in 2017 with Ofcom consulting on whether it would become an enforced formal regulation, could award 142m to ill-serviced consumers this year, nine times the amount awarded in 2018.

The communications regulator hopes that the incentive of having to pay the compensation will heavily dissuade service providers from failing their customers and provide them with the service they pay for.

BT, Sky, TalkTalk, Virgin Media and Zen Internet have already signed up to the scheme, while Hyperoptic and Vodafone have also agreed to the terms and are due to start automatically compensating customers later this year.

it is worth noting that the scheme is not compulsory for ISP, though most of the major players in the broadband market have opted to join the scheme.

To be eligible for automatic compensation, there are three criteria that set out what situations demand compensation.

If you have a delayed repair following a service outage for two or more days, you will receive 8 for each day the service isn't repaired. If an engineer misses an appointment or cancels with less than 24 hours' notice, you can be compensated 25 per missed appointment and f there is a delay to the agreed start date of your service, you will be credited 5 for every delayed day. 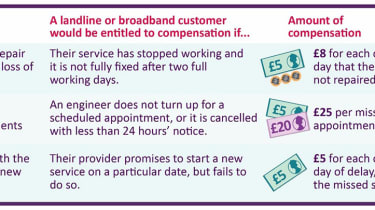 "We think it's unacceptable that people should be kept waiting for a new line, or a fault to be fixed," said Sharon White, Ofcom chief executive. "These new protections mean phone and broadband firms will want to avoid problems occurring in the first place. But if they fall short, customers must be treated fairly and given money back, without having to ask for it."

Previously, just one in seven customers who experienced service outages were compensated and even in those few cases where money was awarded, it was in small amounts.

Ofcom will publish a report one year from now which will detail ISP compliance with the new scheme and whether consumers are being treated fairly.

"The voluntary auto compensation scheme is a great step for consumers in the UK, but hopefully, in time, it will become part of the process for all internet service providers as treating customers fairly should be at the core of any organisation," said Richard Tang, founder and chairman at Zen Internet.

The compensation scheme is part of Ofcom's broader Fairness for Customers programme aimed at the fair treatment of telecoms customers. Such provisions include clear and honest information for shoppers when picking service packages and a plan to force companies to notify users when contracts come to an end.