US drafts bill to rid algorithms of bias 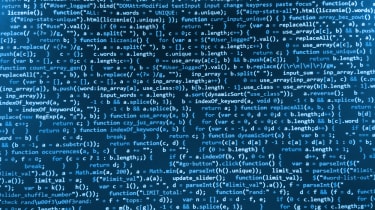 Lawmakers in the US have drafted a bill that would require tech firms to test prototype algorithms for biases before they are fully deployed.

This means that businesses with annual revenues of $50 million (38 million) or which hold data on more than one million people will have to thoroughly test any coded instruction or algorithm that is for tasks such as sorting data or analysing behaviour for potential bias.

Democratic senator Ron Wyden, who helped draft the law, said it was needed because computer algorithms had become so involved in the daily lives of people, according to the BBC.

"Instead of eliminating bias, too often these algorithms depend on biased assumptions or data that can actually reinforce discrimination against women and people of colour," he said.

Technologies such as AI and machine learning, where algorithms are being used in automated decision making, is already in widespread use throughout the world. However, there are plenty of examples of gender, race, and class bias within many of these applications.

In January, the Massachusetts Institute of Technology (MIT) discovered that Amazon's Rekognition facial recognition platform wasn't identifying race or gender accurately or fairly. A report by the scientific research facility said tests it had conducted found that Rekognition was less effective at identifying some races and genders compared to others.

This new US bill follows on from similar efforts in the UK, where last month the cabinet office joined forces with the Centre for Data Ethics and Innovation to investigate potential bias in algorithmic decision-making.

"Technology is a force for good and continues to improve people's lives but we must make sure it is developed in a safe and secure way," said Digital Secretary Jeremy Wright.