Williamson denies the allegations despite claims of "compelling evidence" against him 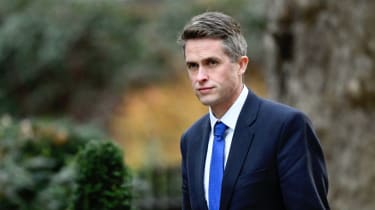 Former Secretary of Defence Gavin Williamson has "strenuously" denied allegations that suggest he was behind a leak which led to information about the UK's networking arrangement with Huawei to provide non-core 5G infrastructure being distributed to the press.

As a member of the National Security Council, Williamson has signed the Official Secrets Act and, if Mrs May's allegations are found to be true, he could face jail time as well as losing his seat in government.

The leaked information pertained to the deal supposedly struck by Mrs May and Huawei last week where the Prime Minister agreed to allow the Chinese vendor partial access to the UK's 5G network, allowing it to provide non-core infrastructure components.

Speaking to Sky News, Williamson swore on his children's lives that he did not leak the information to The Telegraph, the newspaper which originally reported the deal. He also said "I did not leak this, and to my dying day I will keep insisting that," to The Sun.

The information is said to have come from a top-secret National Security Council meeting held on 23 April, which comprised the Prime Minister, other senior ministers and occasionally members of the intelligence agencies and the military.

As Defence Secretary, Williamson would have attended many, if not all of the Council's meetings since his appointment in November 2017.

In a letter to Williamson accompanying his dismissal, Mrs May wrote that an investigation following the leak which involved the examination of Williamson's phone provided "compelling evidence suggesting your responsibility for the unauthorised disclosure".

It has been revealed by his own admission that the former Secretary of Defence had a conversation with the same journalist that broke the story on that particular day.

Williamson is said to have been viewed by Westminster colleagues as an opportunist, quick to seek his own political advantage and "too entertained by the dark arts of Westminster", according to the BBC. One of Williamson's allies reportedly coined the term "operation get Gav" to describe the situation where fingers were immediately being pointed to Williamson in the privacy of Westminster.

The decision to allow Huawei partial access was reportedly made prior to reviewing the National Cyber Security Centre's 6-month advisory report which would have provided informed guidance on the decision.

The Prime Minister's decision has been met with controversy in and outside of Westminster, some MPs believe that the UK shouldn't be allowing Huawei any access to the country's 5G network at all.

"We do want to ensure as we look to the future development of telecoms networks here in the United Kingdom that we can ensure the greater resilience of those networks, that we improve cyber security," said Mrs May after being quizzed by a Parliamentary committee on the matter.

Opposition parties had previously called for a criminal investigation into the leak, with Labour quick to point to the Conservative's apparent lack of control over the crisis. However, Mrs May's decision to sack Williamson so soon after the leak marks a clear statement of intent as she attempts to salvage order within her party.

Following the unofficial announcement of its deal with the UK, Huawei said it was "pleased that the UK is continuing to take an evidence-based approach to its [choice of 5G vendors], and we will continue to work cooperatively with the government, and the industry".