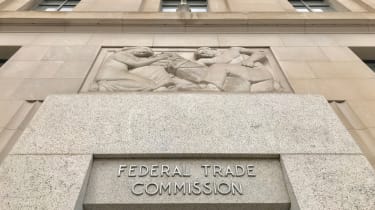 Two US senators have criticised the Federal Trade Commission (FTC) over its planned settlement with Facebook for misusing users' personal data.

According to Reuters, Republican senator Josh Hawley and Democrat Richard Blumenthal have written a letter to the FTC saying that the potential $5 billion civil penalty would be a "bargain for Facebook" and that it should go further with its oversight of the company.

The two senators have called for a drastic change to the way the social network collects and uses data and have also requested that its executives, such as founder Mark Zuckerberg, are held personally responsible.

Facebook has been under FTC investigation for inappropriately sharing information belonging to 87 million users with Cambridge Analytica. The FTC's probe focused on whether the sharing of data and other disputes violated a 2011 agreement with Facebook to safeguard user privacy.

Last week, it was reported that the agency was contemplating a settlement that elevates oversight of privacy policies and practices. This would require its board of directors to be more aggressive in policing third-party app developers. But, Blumenthal and Hawley called this potential move "inadequate" and called on the agency to go further.

"It should consider setting rules of the road on what Facebook can do with consumers private information, such as requiring the deletion of tracking data, restricting the collection of certain types of information, curbing advertising practices, and imposing a firewall on sharing private data between different products," they said in a letter to FTC Chairman Joe Simons.

"Personal responsibility must be recognised from the top of the corporate board down to the product development teams."

For over a year since the Cambridge Analytica scandal, Facebook and Mark Zuckerberg have moved from one controversy to the next, such as repeated breaches of data and multiple calls from regulators to change the way it collects and uses data.

However, despite a global push for Facebook to change its ways, how it should do that and what action regulators should take is not so straight forward.

Earlier in the year, advocacy groups called on the FTC to break up Facebook from its acquired companies, Instagram and WhatsApp. More recently, the Canadian privacy commissioner said his office would go to court to seek an order to force Facebook to change its privacy practices.

So far, the only actual penalty Facebook has received for the Cambridge Analytica scandal has been the 500,000 fine from the UK's Information Commissioner - a fine Facebook has appealed.