Police in the dock over facial recognition 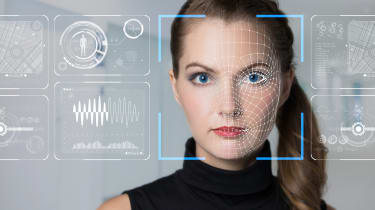 The first major legal challenge regarding the use of facial recognition starts this week, with South Wales Police being pursued by Ed Bridges, whose image was taken while he was shopping.

Police forces around the UK have undertaken trails with the technology, but multiple reports have highlighted inaccuracies and poor success rates.

"I popped out of the office to do a bit of Christmas shopping and on the main pedestrian shopping street in Cardiff, there was a police van," Bridges told BBC News.

"By the time I was close enough to see the words 'automatic facial recognition' on the van, I had already had my data captured by it. That struck me as quite a fundamental invasion of my privacy."

The South Wales Police had received 2.6 million in funding from the Home Office to use facial recognition, but a report found that 91% of its system's matches were inaccurate. Not only did it misidentified 2,400 innocent people with facial recognition, but it also stored these people's biometric data, without their knowledge, for a whole year.

The controversy around law enforcement use of facial recognition has been fueled by reports of shocking faults within the systems. The Met Police revealed last year that its system had resulted in zero arrests, while, more recently, police in New York came under fire when an officer made an arrest by using a celebrity image to find a doppelganger criminal in their facial recognition system.

The South Wales Police's use of facial recognition will likely be the first of many legal cases involving the technology as lawmakers try to build an appropriate regulatory framework for its best use. Or, outright banning its use, like San Francisco, which is the first city to do so.

IT Pro contacted South Wales Police for comment but it had not responded to our request at the time of publication.