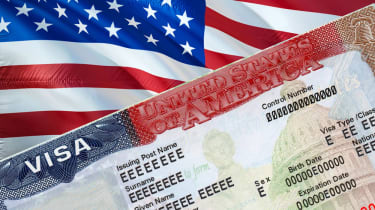 The US government has introduced policies for visa applicants which require them to hand over all of their social media details for inspection, as well as other personal information, according to a report from the Associated Press.

The change represents a massive increase in the scope of background checks designed to identify potential terrorists trying to gain entry to the US.

In addition, applicants will be forced to hand over any email addresses and phone numbers they have used in the past five years.

These extreme requirements were previously only imposed on individuals who were deemed to present an increased risk, such as those who had visited terrorist-controlled regions, but are now being rolled out to a vastly increased number of people.

The policy is set to affect an estimated 15 million visa applicants per year, including those who are travelling for business or educational purposes as well as immigrants. The only exemptions from these requirements are specific types of official and diplomatic visas.

The new policy is part of an executive order - titled 'Protecting The Nation From Foreign Terrorist Entry Into The United States' - issued by President Trump back in 2017, which the State Department announced it would implement last year. However, the policy actually predates Trump - it was first proposed by the Department of Homeland Security in June 2016, prior to his election.

Privacy campaigners have objected to the new rules, with the American Civil Liberties Union questioning whether it is "effective or fair". Security experts have also raised the possibility that foreign intelligence services may be exploring ways to abuse the requirements.