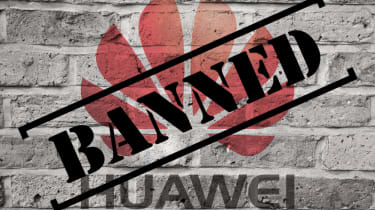 The US government's decision to ban trade with Huawei is having far-reaching and long-lasting impacts on global supply chains, a UK chipmaker has warned.

IQE, a Cardiff-based chipmaker, has slashed its sales forecasts for this year. It had previously expected to make revenues of 175 million, but now only expects to post 140 million to 160 million. In a trading update to the City, the firm warned that it's operating in an "increasingly cautious marketplace", with several customers recently cutting their forecast orders.

IQE is by no means a household name, but its advanced silicon and compound semiconductor materials are used around the world. Its products are used in more than two billion wireless chips each year for smartphones, mobile base stations, satellites, cars and solar panels.

According to the chipmaker, its lower-than-expected estimates are a direct result of the White House putting Huawei on its Entity List, which prevents US companies from dealing with the Chinese mobile giant.

"It is now clear that the impact of Huawei's addition to the US Bureau of Industry and Security's Entity List is having far-reaching and long-lasting impacts on global supply chains."

IQE's warning comes just a week after US chipmaking giant Broadcom missed sales predictions and also slashed its revenue forecasts. The company's CEO was also quick to point out that the Huawei export ban was creating "economic and political uncertainty and reducing visibility for global customers".

According to Connor Campbell of City firm SpreadEx, IQE's warning is having a serious effect throughout the tech sector, with investors starting to panic.

"Chipmaker IQE was forced to slash its revenue forecasts for the year by as much as 35 million as it sounded the alarm over the impact the blacklisting of Huawei by the US is having on the tech sector," he said. "Investors heard that alarm and ran for the hills, causing the stock to sink as much as 40% after the bell, leaving it at a 28-month nadir of 44.58p."

IT Pro has approached Huawei for comment. While its also predicting loss of revenues due to the ban, a number of suppliers are reportedly lobbying the US government on its behalf. At the beginning of the week, it was reported that US-based chipmakers, including Intel and Qualcomm, met with the US Commerce Department asking it to rethink the parameters of the ban.

Similarly, Google suggested that the ban would lead to a forked version of Android, which it argued would be more of a security risk.