US to investigate French tax on tech giants

Tax is labelled "overly protectionist" and discriminatory against US workers 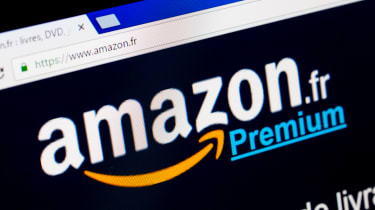 US president Donald Trump has ordered an investigation into France's proposed tax on large technology companies which he claims "unfairly targets American companies".

The 3% tax on revenue generated by technology giants operating in the country is designed to solve the problem of companies exploiting global tax loopholes, according to the French parliament.

Any technology company that earns more than 750 million (674 million) in revenue, of which 25 million (22.4 million) is generated in France, would be hit by the new tax, including the likes of Amazon, Google and Facebook.

French finance minister Bruno Le Maire said in March that the proposed tax would hit some 30 technology companies operating in the country, the majority of which were American, but also included British, Chinese, Spanish and German firms, and one French company.

"[Trump] has directed that we investigate the effects of this legislation and determine whether it is discriminatory or unreasonable and burdens or restricts United States commerce," said US trade representative Robert Lighthizer, as reported by the BBC.

Under current rules, companies are allowed to base their headquarters and report most of their earnings in low-tax countries, generating a lower tax bill as a result. France's proposed tax is expected to raise around 400 million (360 million) this year alone.

"We have urged the Administration to consider all available tools to address this discriminatory action and applaud the US Trade Representative (USTR) for launching an investigation," the joint statement read. "The United States would not need to pursue this path if other countries would abandon these unilateral actions and focus their energies on the multilateral process that is underway at the Organisation for Economic Cooperation and Development.

"We urge USTR to continue working with the Treasury Department on a unified strategy that prevents other countries from taking unilateral, discriminatory action that would result in new trade barriers and significant double taxation."

ITI, the lobby group that supports Apple, Amazon, Google and others, also expressed support for the investigation, but has urged the US to avoid resorting to tariffs in order to settle the dispute.

"We support the US government's efforts to investigate these complex trade issues but urge it to pursue the 301 investigation in a spirit of international cooperation and without using tariffs as a remedy," said Jennifer McCloskey, ITI's vice president of policy, in a statement to Reuters.

Despite growing resentment among European policymakers over the use of tax loopholes, previous efforts to introduce an EU-wide tax on technology firms have stalled, largely due to opposition from countries such as Ireland, where many companies are based.