Half of UK's fastest growing businesses were co-founded by talent secured under old system, report 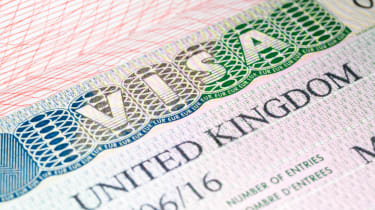 A report has called on the UK government to reintroduce the Tier 1 post-study and investor visas to help retain the country's status as a leading destination for foreign entrepreneurial talent.

The post-study visa, which allowed international students to work in the country after graduation for up to two years, and the investor visa, which lowered the threshold for minimum qualifying investment for startups and venture capital funds, were reformed in 2012 in an effort to reduce exploitation of the system.

However, almost half (49%) of the fastest-growing businesses in the UK have at least one foreign-born co-founder, according to The Entrepreneurs Network report, many of which began life as a startup under the old visa system.

Writing a foreword for the report, MP Jo Johnson, said that while governments have acknowledged public concern about the levels of immigration, they have failed to make the positive, evidence-based case for embracing foreign-born talent. He pointed to the university sector where "initially well-meaning" measures to target exploitation of the post-study work visa have ended up being "heavy-handed".

In 2010, figures obtained by the Conservative Party, seen by The Telegraph, suggested the student visa system was letting in large numbers of students from 'fake colleges'. Reportedly, more than 4,000 students were enrolled in schools, colleges and universities which had been refused an official license to sponsor them.

"The wholesale removal in 2012 of the right of non-EEA students to live and work in the UK for two years after completing their studies was in retrospect a mistake," he said. "This regulation has had a detrimental effect on the UK's competitiveness in the global higher education market and has a particularly damaging effect on graduate entrepreneurs."

According to Johnson, international students face high salary thresholds to stay in the UK. This, he says, "severely hindered" those looking to start their own business or contribute to other startups.

Immigrants are disproportionately likely to create unicorns, according to the report, citing examples of foreign-founded household names that have reached a valuation of $1 billion, such as TransferWise, Monzo and Deliveroo.

"It is senseless to deny graduate entrepreneurs the chance to set up their business and invest their talents and energy in the country in which they have studied," he said.

A similar case was made by Dr Miguel Martinez, the co-founder of Signal Media. Having arrived in the UK to study over a decade ago, Martinez used the two years after he graduated to co-found his business. But, as an employer, he found it a more frustrating process.

The UK has some of the best universities on the planet and they're very close together which makes it easy for us to get access to really good talent," Martinez told IT Pro. "The problem is [with] the way talent and immigration are done. [It's] one of the things that always frustrates me.

"When people reach a PhD, they used to have a year of grace, because of immigration. So, you could basically do whatever you wanted after a year of having a PhD. That was removed and, currently, we are basically training the best people in the world, paying for part of their PhD with taxpayer's money and then telling them they have to leave the country the moment they finish."