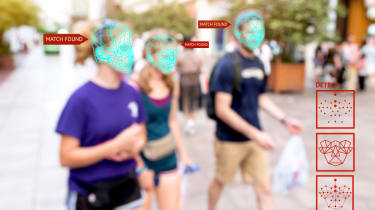 The police are set to continue using facial recognition technology for further trails aimed at finding missing persons, according to a Home Office letter.

Live Facial Recognition (LFR) will be used to find missing and vulnerable people with police forces in Kent and West Midlands and the British Transport Police set to undertake trails.

Last year, both the Metropolitan Police and South Wales police faced criticism over facial recognition trials that were found to be inaccurate and resulted in zero arrests. A number of privacy campaign groups challenged the police and Home Office over the use of the technology in open spaces and it's also proving to be a contentious subject with members of the general public.

Labour MP Ellie Reeves sent a Letter to the Home office, dated 29 May, on behalf of one of her constituents from Lewisham who has concerns about LFR. Mullarkey posted the governing body's response on his Twitter page.

"The trial deployment referred to in your constituent's letter was part of the final trials the Metropolitan Police Service carried out in January 2019," MP Nick Hurd, minister of state for policing and the fire service, wrote. "We know that LFR trials are intended to commence to find missing and vulnerable persons, which is a collaboration between the Home Office and the polices forces (Kent and West Midlands; British Transport Police)."

Hurd stressed that police use of the technology must be exercised in accordance with the Data Protection Act 2018. He explained that any images captured by LFR that do not 'match' are deleted immediately, with the subsequent CCTV feed deleted from the system after 31 days. He also mentioned the judicial review hearing held in May over the South Wales Police's use of LFR adding: "We will consider that judgement when it is handed down."

While it's keeping within the regulations by deleting images that don't match, the one the system flags up as 'positive' might not actually be accurate. In 2018, the Met Police used LFR during the Notting Hill Carnival and came back with 98% inaccuracy for spotting criminals. The South Wales police also captured and stored an alarming amount of incorrectly identified images.

IT Pro has approached the Home Office for comment.