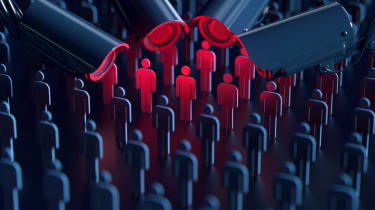 The UK-based human rights group Liberty has expressed its disappointment after the High Court quashed its legal challenge against what's commonly dubbed the 'snooper's charter'.

The group's challenge was based on the notion that the IPA violates citizens' right to privacy and freedom of expression as outlined by Article 8 and 10 of the European Convention on Human Rights (ECHR).

Lord Justice Singh and Mr Justice Holgate, however, dismissed the claim at the high court in London today, arguing there are appropriate safeguards in place to protect people against abuse of their fundamental rights.

"This disappointing judgment allows the government to continue to spy on every one of us, violating our rights to privacy and free expression," said Liberty lawyer Megan Goulding.

"We will challenge this judgment in the courts, and keep fighting for a targeted surveillance regime that respects our rights.

"These bulk surveillance powers allow the state to hoover up the messages, calls and web history of hordes of ordinary people who are not suspected of any wrong-doing.

"The Court recognised the seriousness of MI5's unlawful handling of our data, which only emerged as a result of this litigation. The security services have shown that they cannot be trusted to keep our data safe and respect our rights."

Liberty and other human rights and privacy groups have been wrangled in a legal battle with the government over the IPA since its passage through parliament.

This fight has seen the group claim a handful of victories, including a successful challenge last year against the government's power to force communications and internet companies to store data on UK citizens.

Most recently, Liberty challenged the secrecy of the Investigatory Powers Tribunal (IPT), an independent body that judges whether GCHQ, MI5 and MI6 cyber activity remains within the scope of the law.

Previously, complaints received would lead to judgements being made in secret, but a 4-3 majority on the supreme court ruled these agencies' powers be open to judicial review, and openly challenged in court.