The Ofcom fine covers the unfair billing of its 'goodybags' 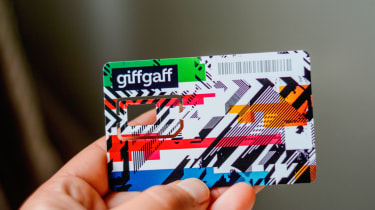 The error was in GiffGaff's billing of its 'goodybags' - prepaid bundles of texts, voice minutes and data and how when users paid for these with pre-paid credit.

The overcharging occurred due to the delay in the application of these goody bag benefits to the user accounts. If a user purchased one of these benefits such as voice minutes and then immediately made a call, the call would be charged directly out of the user's pre-paid credit instead of the bundle of minutes they just purchased.

GiffGaff only applied the purchased bundle after a call ended or after a new data session began, which could be triggered by restarting the phone, for example.

"Getting bills right is a basic duty for every phone company. But Giffgaff made unacceptable mistakes, leaving millions of customers out of pocket," said Gaucho Rasmussen, Ofcom's director of investigations and enforcement. "This fine should serve as a warning to all communications providers: if they get bills wrong, we'll step in to protect customers."

An additional fine of 50,000 has been issued to GiffGaff for the failure to provide accurate information in response to two Ofcom statutory information requests.

GiffGaff has already refunded around 2.1 million to the 2.6 million affected customers and donated to charities where customers weren't contactable. Ofcom's reduced the fine by 30% of the original total as GiffGaff agreed to settle the case and admit to the misconduct.

"The reduced penalty also recognises that, in line with good industry practice, Giffgaff reported the matter to Ofcom promptly when it realised its mistakes and took active steps to fix the problem and refund customers," said Ofcom.

The fine must be paid to the communications watchdog within 20 days and will then be transferred to the Treasury.