However, reports suggest the general public want tougher restrictions on law enforcement's use of the technology 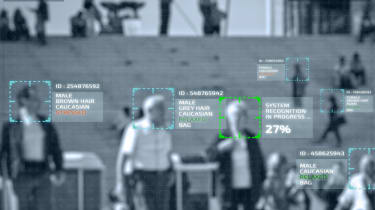 Judges have ruled against a shopper who brought a legal challenge against the South Wales Police's use of automated facial recognition technology.

The judicial review was refused on all grounds as the court found the force's use of the technology had followed the rules and was justified.

However, the civil rights group Liberty said its client Ed Bridges will appeal the decision.

The High Court said it was the first time any court presided over the use of facial recognition technology. The judicial review started in May, with Bridges claiming his right to privacy had been breached when he was photographed while shopping at Christmas.

Liberty had argued it was akin to the unregulated taking of DNA or fingerprints without consent the group is also campaigning for an outright ban of facial recognition in public spaces.

But the court ruled in favour of the South Wales Police, finding it had met the requirements of the Human Rights Act and its actions were subject to sufficient legal controls. The force was also processing personal data, but the court ruled that it did so in a lawful manner, which met the conditions set out in the legislation.

Bridges' lawyer, Megan Goulding, said: "This disappointing judgment does not reflect the very serious threat that facial recognition poses to our rights and freedoms.

"Facial recognition is a highly intrusive surveillance technology that allows the police to monitor and track us all."The South Wales Police, along with the Met Police, conducted a number of trials with facial recognition at events such as the Champions League Final and the Notting Hill Carnival where it was found to be 98% inaccurate."

Today, the Ada Lovelace Institute has released the first national survey on facial recognition technology, which suggests the majority of people (55%) want the government restrict how it's used by police. What's more, nearly one third (29%) of the public said they were uncomfortable with police using it in any circumstances.

Reacting to the court's judgment, Carly Kind, the Institute's director, said the ruling highlights the gap between public expectations and current regulation.

"The fact that the deployment of a new technology, with which a significant proportion of the public are not comfortable, can be deemed technically compliant underlines the need for an informed public discourse on what new restrictions and safeguards are needed," she said.

"Facial recognition technology may be lawful, but that does not mean its use is ethical, especially outside of the very limited circumstances examined by the court in this case."