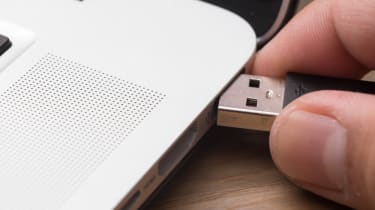 The Information Commissioner's Office (ICO) has sounded a warning to employees who deliberately retain "historical personal data" after moving on from their positions.

Although general in scope, this reminder concerns individuals whose roles involve gathering and handling personal data belonging to clients, customers, or others, either electronically or in paper form. Violations would occur when workers make unnecessary copies of personal data after collection, as well as when they leave their positions and keep this information.

The warning comes after the UK's data watchdog decided, following legal consultation, not to take enforcement action against two police officers who had been interviewed by the media about a historic case they'd worked on involving an MP.

The older act was updated to add in a tougher provision that made it unlawful to "knowingly or recklessly" hold onto personal data without the consent of whoever was the data controller at the moment the data was collected.

After legal consultation, the regulator decided not to take enforcement action, but warned that fresh provisions under the Data Protection Act 2018 mean that employees can face regulatory action if they were found to have retained information collected as part of their employment.

There are exceptions to this, however, which principally involve retaining personal data in instances where it's necessary to prevent crime, authorised by a court order, or in the public interest.

Although the ICO decided not to proceed with regulatory action against the police officers in this instance, the regulator has indeed taken action in similar cases through the years against instances of employees misusing personal data.

For example, the regulator prosecuted a charity worker in 2017 for making his own copies of sensitive data and emailed them to his personal email address without knowledge of the data controller, Rochdale Connections Trust.

The worker sent 11 emails from his work email account in February 2017 which contained sensitive personal information of 183 people, including three children.

An education worker, meanwhile, was fined 850 and ordered by pay 713 in costs last year after illegally sharing personal data about children and their parents.

The former Southwark Council schools admission department apprentice was found guilty of screenshotting a spreadsheet containing information about children and their eligibility for free school meals before sending it to a parent via Snapchat.