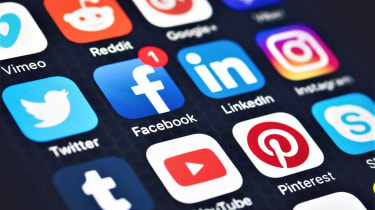 The House of Commons has voted to compel the prime minister Boris Johnson to relinquish the internal communications between Downing Street's most senior advisors.

The passing of an emergency motion by 311 to 302 votes last night means the government will now be forced to publish documents relating to its no-deal planning project, known as Operation Yellowhammer.

The motion also demands the publication of "all correspondence, whether formal or informal in both written and electronic form" sent between staff through a raft of personal social media channels.

Communications data via WhatsApp, Telegram, Signal, Facebook messenger, iMessage, as well as both encrypted and unencrypted private email accounts, must be handed over by 11pm on Wednesday.

Opposition MPs believe that government advisors had discussed matters relating to Operation Yellowhammer, and the decision to suspend parliament, through these accounts to avoid public scrutiny.

Ordinarily, communications sent through official channels between staff in public sector organisations, including government departments, can be subject to disclosure under mechanisms like Freedom of Information (FOI).

A previous landmark FOI request, made in January 2017, concerned one of the first known demands for public officials to reveal the details of private WhatsApp conversations. The request demanded the contents of a group set up by the department of the Irish Taoiseach's communications team.

The government argues the move to disclose private communications data has been disproportionate and amounts to an invasion of privacy of staff identified by name in the motion. They include Johnson's chief of staff Dominic Cummings and the ex-director of legislative affairs at Number 10, Nikki da Costa.

The charge that opposition MPs have levelled at Downing Street, however, concerns a deliberate attempt to avoid public scrutiny by setting up back channels. Incidentally, this is similar in nature to the accusations that haunted Hillary Clinton throughout her bid to become US president.

Clinton was accused of conducting diplomatic work on a private email server in order to escape public scrutiny, with the nature and content of any messages sent and received unable to be reviewed in the way that they might be in conventional circumstances.

Moreover, the exfiltration of data and information relating to the workplace is the subject of great contention among businesses and public sector organisations alike.

Last week, for instance, the Information Commissioner's Office (ICO) issued a warning to employees about the idea of holding onto sensitive data handled as part of one's job.

Staff who retain personal data when leaving their roles could face regulatory action under the Data Protection Act 2018, for example, without seeking permission from their employer.

People have also been reprimanded in the past under the Data Protection Act 1998 for copying over or sending data to personal accounts, or sharing information through channels like Snapchat.