How 'Brexit disruption' is giving GDS a new lease of life

After years in the wilderness, the urgency of EU exit is forcing GDS to step up to the plate 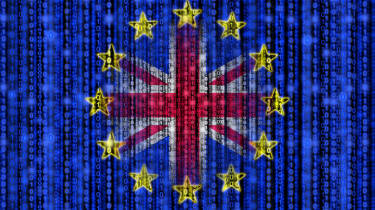 While Brexit has proved a contentious issue for many, the organisation spearheading digital transformation within government has seen it as an opportunity to restore its ailing reputation as a prominent force.

It's generally seen by businesses as disruptive, but Government Digital Service (GDS) is using Brexit as an "accelerator" in achieving its long-term ambitions, with the urgency of civil service preparations also ramping up digital transformation efforts in government.

Since establishing the gov.uk platform in 2012 and branching this system out to more than 2,000 domains and subdomains, GDS fell by the wayside and was effectively "gutted" three years ago. Its former chief Francis Maude even declared GDS all but dead given the changing nature of digital transformation in the public sector.

GDS is entering a new era under the interim leadership of director general Alison Pritchard, who cited Brexit as a catalyst for the organisation's plans, with the key to these plans being data.

Where the first era for GDS was establishing a disruptive force in government, the second centred on building out the profession. This latest phase, however, involves honing functionality and improving operational capabilities.

"EU exit has been a really important accelerator towards that development and embedding of function," said Pritchard, speaking at GDS' flagship Sprint 19 conference.

"We've seen that come to pass with the operating of the function across boundaries both within the way that we work with colleagues in other departments, and nations, and also the way that other functions have worked together."

GDS sees Brexit as not just a chance to achieve its core aims quicker, but to inject fresh life into an ailing organisation by also orchestrating the way other departments are preparing for EU withdrawal.

The main priority for GDS, now, is collecting volumes of citizen data to analyse behaviour, and service government platforms with insights to provide a more intuitive and tailored experience. The idea is to offer people a seamless digital interface with the government at key moments through their lives, from births to funeral planning, with anything and everything in between like buying a house or starting a business.

No more bumbling along'

Although these aims have been in the pipeline for some time, according to the chief executive of the civil service John Manzoni, it's the desire to adapt to a volatile landscape that's bringing them forward.

"The Brexit opportunity, of course, is forcing the pace on a number of issues, and just to highlight one, the possibility for establishing a single portal through which citizens interact with government, and then joining everything up behind," said Manzoni.

"There are enormous amounts of work being done, particularly around the Brexit thing, being done at real pace; an extraordinary effort. These are some examples of how do we use what's going on in our environment today to accelerate where we really want to get to'.

"We didn't have to do that, of course, we could have done it in the old way. We could have stuck in our existing silos and we could have bumbled along. No. We've got to use these opportunities to accelerate change and be the civil service we ought to be."

Manzoni added this entire process has helped to break down the existing silos across government and bring about a more cohesive approach to digital transformation.

For now, at least, efforts have centred on ensuring departments and wider society can be as prepared as possible for any disruption caused when the UK leaves the EU. GDS has seen an opportunity to use its flagship gov.uk platform as a key plank in these efforts, with the 60-second Brexit checker tool, hosted by GDS, serving as one key example.

It's largely involved ensuring that relevant people have as much information as possible, according to GDS policy and strategy lead Lyndsay Baker and content lead Jon Sanger. Some government departments, for example, have been reminded they have responsibilities for multiple areas of policy, while by contrast, a set of multiple departments may be told of their responsibility for a single policy area.

This process has involved building agile teams that span communications, content, and policy areas, among other roles and functions, all working together and coordinated by GDS. This has led to the creation of a model for emergency planning' that can then be replicated in the future, particularly in the reams of work to be done post-EU withdrawal.

"Knowing what data and evidence is available to identify and solve problems, and running user research sessions, creates clarity on what you need to build," Sanger said. "Creating the agile, multi-disciplinary teams that use those processes means you know how to build it.

"And the important thing here is empowerment; making sure those teams have the expertise and the ability to decide what good' looks like and that their organisations will support them."

For any of GDS' aims to come to fruition, the organisation needs a rich and substantive dataset of user interactions which can be used to tailor experiences across the entire gov.uk platform to individual users. Civil servants and ministers characterise this as emulating the way Netflix and Citymapper process user data to offer a more intuitive user experience.

Although such models are considered normal, customers and users still value measures to preserve privacy and ensure their data cannot be used to micro-target them with messaging and advertising.

Alarms rang when BuzzFeed News reported the prime minister's most senior aide Dominic Cummings weighed in on GDS' plans to gather user data and subject this to high-quality analytics. However, officials maintain there will remain a complete separation between this work to improve the service offered by the gov.uk platform and political activities.

Given and Cummings' role in the contentious Vote Leave campaign, and the political nature of Brexit, concerns have been inflamed. GDS claims the pace at which this process of data collection and analytics is happening, however, is necessary as it expects hundreds of thousands, if not millions, of people to visit the government website for information in the lead up to 31 October.

"For us to understand whether people, not as individuals but on aggregate level, are taking up services that we know by virtue of the Brexit checker that they might need," Pritchard added, "we also have a need to think about the broader campaign, where there's an iterative journey to understand how prepared, for instance, businesses really are, and whether they're engaging with the services needed.

"So it's that sense of making sure we're able to refine how we are reaching the various stakeholder groups."