What is the Federal Communications Commission (FCC)? 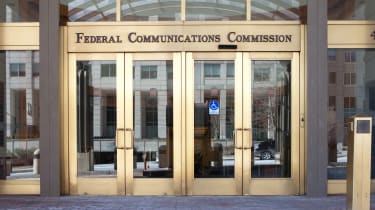 The Federal Communications Commission, more commonly known as the FCC, is a federal body set up to regulate interstate communications by wire, radio, television, cable and satellite. Its regulatory and enforcement powers stretch across all 50 states, the District of Columbia and other U.S. territories.

While the commissioners of the FCC are nominated by the President and confirmed by the Senate, the commission is an independent, bipartisan organisation. As with its counterpart the Federal Trade Commission (FTC), to ensure impartiality no more than three commissioners can belong to any given political party at one time.

What is the purpose of the FCC?

As laid out in the Communications Act of 1934 and amended by the Telecommunications Act of 1996, the mission of the FCC is to "make available so far as possible, to all the people of the United States, without discrimination on the basis of race, color, religion, national origin, or sex, rapid, efficient, Nationwide, and world-wide wire and radio communication services with adequate facilities at reasonable charges".

National defence and promoting the safety of life and property through the use of wire and radio communications are also stated as being part of its purpose.

More concretely, it focuses on initiatives such as ensuring competition and innovation in broadband connectivity; ensuring the highest and best use of radio spectrum both in the US and abroad; revising media regulation to reflect the emergence of new technologies; and providing leadership in the strengthening the defence of the communications infrastructure of the USA.

How does the FCC work?

The FCC is made up of seven bureaus and eight offices, plus a number of advisory committees.

This bureau oversees the development and implementation of consumer policies, including those affecting people with disabilities or tribal nations.

As its name suggests, this bureau oversees the enforcement of the Communications Act and other FCC rules.

It's with this bureau that you would lodge almost any complaint as a consumer, from amateur radio enthusiasts who believe someone may be interrupting, or "jamming", their signal, to unfair competitions and obscenity complaints.

It also handles complaints relating to the misuse of the Emergency Alert System something it has been cracking down on in recent months, including a proposed $272,000 Fine of CBS for a tornado alert tone used during an episode of the TV show "Young Sheldon".

This is the bureau responsible for international telecoms and satellite programs. Its mission includes licensing and regulatory functions, as well as promoting market competition and U.S. interests abroad.

In this role, it's also the point of contact for officials looking for advice and support when carrying out trade negotiations, as well as for other federal and international agencies and foreign organizations with regards to telecommunications matters.

The Media Bureau oversees traditional broadcast media, which is to say television (including satellite and cable) and radio. This includes the development and recommendation of licensing and policy with regard to this industry, such as ensuring the enforcement of the Children's Television Act, which stipulates that all broadcasters must show some children's TV each day, or the "CALM" Act, which legislates against overly loud commercials.

The FCC oversees all wire, radio, television, cable and satellite communications, and that includes those made by public safety bodies. The Public Safety and Homeland Security Bureau ensures reliable public access to 911 services, communications channels between first responders, and emergency alerting.

So while it might be the Enforcement Bureau that issues fines for people misusing the tornado warning alarm, it's the Public Safety and Homeland Security Bureau that's responsible for ensuring the real system is in full working order.

It's also involved in emergency planning and disaster response.

This bureau deals with wireless licensing of all kinds, including mobile broadband, amateur radio and fixed microwave links.

It oversees competition within this area and produces the Mobile Wireless Competition Report.

This is the division of the FCC tasked with ensuring all Americans have access to reliable broadband and voice communications services. This includes programs to improve and reduce the cost of connectivity in rural areas, as well as ensuring affordable wire communications for schools, libraries and healthcare providers, as well as those on low-income.

The Offices of the FCC

As mentioned, there are eight offices in the FCC in addition to the seven bureaus. Many of these have a narrow and purely administrative function: The Office of Media Relations, for example, just deals with enquiries from the media, while the Office of the Secretary is charged with overseeing the correct distribution and management of documents and the Office of Workplace Diversity oversees workplace diversity within the FCC itself.

Three, however, are worth highlighting in greater depth.

Who runs the FCC?

The FCC is overseen by a panel of five commissioners, one of whom is appointed chairman. As with the Federal Trade Commission, it's the President who selects the commissioners and Congress that confirms them, but no more than three of the commissioners can belong to a single political party at one time.

Each commissioner's term lasts five years, except in special circumstances.

The current Chairman is Ajit Pai, and his co-commissioners are Michael O'Rielly, Brendan Carr, Jessica Rosenworcel, and Geoffrey Starks.