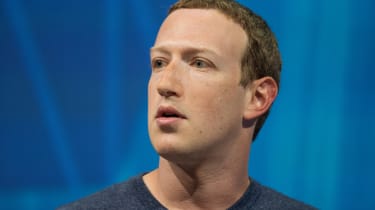 Facebook CEO Mark Zuckerberg pledged to fight potential government antitrust lawsuits that could break up the social media tech giant, according to the audio leaked by The Verge from two internal Q&A meetings held last July.

Facebook has been in the hot seat for the past few years, thanks to its unchecked exercise of influence resulting in mass scandals such as its involvement with Cambridge Analytica in the 2016 presidential election and 2016 Brexit referendum.

One employee lobbed a question about the CEO's personal concern for political opponents like Democratic presidential candidate Elizabeth Warren, whose platform includes breaking up big tech companies like Facebook that have, in her words, "bulldozed competition, used our private information for profit, and tilted the playing field against everyone else".

Zuckerberg condemned what he called Warren's "screw it, take a hammer to the whole thing" approach to breaking up big tech companies like Facebook. He claimed that he had no desire to start a war with the US government, but will "go to the mat" if the company comes under threat.

"Does that still suck for us? Yeah," he said in regards to a potential lawsuit.

Warren responded to the published transcripts with a scathing reminder of Facebook's shady operations in the past, Tweeting:

What would really “suck” is if we don’t fix a corrupt system that lets giant companies like Facebook engage in illegal anticompetitive practices, stomp on consumer privacy rights, and repeatedly fumble their responsibility to protect our democracy. https://t.co/rI0v55KKAi

Zuckerberg views the fragmentation of big tech companies as a mistake that would only exacerbate the issues Warren and other lawmakers are fighting.

"You know, it doesn't make election interference less likely," he said, alluding to third party use of Facebook to meddle in the 2016 elections. "It makes it more likely because now the companies can't coordinate and work together."

"So yes," Zuckerberg said, "I think that the direction of the discussion is concerning."