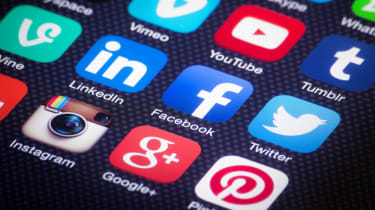 London-based charity Privacy International has called out tech giants Facebook, Twitter, and Google in a recent report for their lack of political ad transparency, which is restricting user insight into how and why they are being targeted by such ads on social media platforms.

The allegations were made just ahead of the European Commission's report on the companies' exercise of its self-regulatory Code of Practice on Disinformation, which many signed on to in October 2018, to pacify users and avoid more restrictive legislation.

Google in particular was in the hot seat for what Privacy International claimed was "especially deficient" disclosure of information about ad targeting to users, a result of their ongoing disputes over what the company defines as "political issues".

In response, Google spokesperson Alex Krasov said: "We know there is more work to be done and we're looking at ways to bring more political ads transparency to more regions and more types of elections."

Facebook said it has improved transparency on its eponymous platform and Instagram, which it also owns, as a means of reigning in political advertising.

To illustrate an example of improper transparency, Privacy International recalled a Twitter ad for the Brexit Party that ran in September 2019 without being marked as political, and consequently provided no targeting information. The ad has since been deleted, but Twitter has not responded to Privacy International's criticism.

Social media providers, as well as other influential internet companies, have been increasingly open to sharing information concerning political advertising due to the scrutiny that followed the alleged exploitation of social media platforms to target American voters in the 2016 presidential election.

Facebook, Twitter, and Google have compiled political ads into searchable online libraries in an attempt to increase transparency. According to Privacy International, however, these have been poorly maintained and only provide broad information on ad targeting rather than meaningful insight into processes like micro-targeting.

"Companies that rely on people's data to establish their market dominance should give all users heightened ad transparency, and transparency into the targeting and funding of ads should be meaningful," said Privacy International spokesperson Sara Nelson.

The Honest Ads Act, promoted by Senators Amy Klobuchar and Mark Warner, was introduced to the Senate in May. If passed into law, it will require online advertising platforms to disclose who pays for the ads in much the same way that it is required for TV and audio.