California bans police use of facial recognition for three years 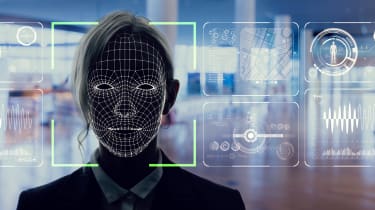 California passed a bill placing a moratorium on the use of facial recognition technology by state law enforcement for the next three years.

The bill goes into effect on 1 January, 2020, and expires at the end of 2023 unless further laws are passed.

Ting says the bill will protect Californians' privacy and check police who may be overreaching their exercise of power: "Without my bill, facial recognition technology essentially turns body cameras into a 24-hour surveillance tool, giving law enforcement the ability to track our every movement. Let's not become a police state and keep body cameras as they were originally intended -- to provide police accountability and transparency."

In such a police state, Californians would have to "decide between actively avoiding interaction and cooperation with law enforcement, or having their images collected, analyzed, and stored as perpetual candidates for suspicion", according to Nathan Sheard, Electronic Frontier Foundation's associate director of community organising.

Use of AI on the force in a more generalised sense can tend easily toward "Big Brother" territory. For example, law enforcement has used a Palantir AI app capable of turning small pieces of data into a thorough profile of an individual, no warrant necessary. Personal records on finance, health, education, criminal records, permits, licenses, even hobbies like sporting events and concerts a person has attended, are all attainable by police forces from LAPD to ICE.

In July, The House of Commons Science and Technology committee contributed to the global push for more comprehensive AI legislation by calling for the government to issue a moratorium on law enforcement's live facial recognition tech trials until they could address issues of data retention and bias. Since marginalised demographics tend to be targeted more often by AI software than others, they are most threatened by the unchecked use of AI-based facial recognition on the force.

An adoption of California's moratorium across many more states and countries to could give lawmakers time to get legislation sorted before AI encroaches anymore on citizens' rights to privacy.