Why do so many Brits still not use the web?

Nearly a fifth of people describe themselves as ‘non-users’ 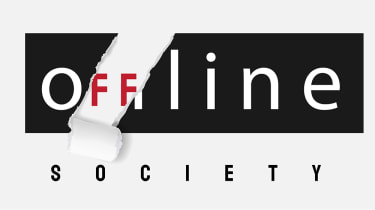 Watch any news broadcast and you'd be forgiven for thinking that modern life would be impossible without the internet.

But away from the hype that surrounds much of today's technology there's a group of people resisting the internet's charms. A new survey from the Oxford Internet Institute (OII), which is "dedicated to the social science of the internet", shows that 18% of Brits never use the web, whether that's via a computer or phone.

If that sounds like a lot, it's possibly because you're comparing it with similar surveys that have given the proportion as much lower. Figures from the Office for National Statistics, for example, suggest about 7.4% of the population are non-users, but the OII said this paints a misleading picture because it excludes people who do not work.

By contrast, the OII's survey, sponsored by BT, Google and the Department for Digital, Culture, Media and Sport, was carried out by talking to 2,000 people in their homes, including many non-workers such as people with long-term disabilities and residents of care homes.

Dr Grant Black, who oversaw the project, said this approach gives them a more accurate and detailed view of how people spend their time online.

He added that non-users are "older, proportionately less well-educated and have lower incomes" than regular users. He identified 50 as being a significant age. Almost everyone younger uses the web, while the numbers online drop by 2% for every year older.

"There are a lot of things about the internet that get less useful as you get older," Dr Black told the BBC. He suggested that as people's circle of friends and interests shrink in later years, they see less and less reason to spend time online.

What's interesting about the survey is that it shows the 50-plus drop-off has existed for a long time, indicating it was not necessarily tied to a specific age group that grew up before the web was invented.

It's clear also that the cost of broadband prevents people from going online. The survey showed that 40% of people earning less than 12,500 a year don't use the internet.

Security is also a factor 10% of those who stay offline are worried about risks to their privacy, while 70% of all respondents feel "uncomfortable" with targeted adverts and data that tracks their browsing.

But perhaps the most revealing finding from the survey is that a majority of non-users (71%) believe technology doesn't make life better. This suggests many people choose not to go online, rather than having the decision forced upon them through a lack of money or old age.

The OII said this presents a "dilemma" for the Government. Ministers want to make more essential services available online, such as claiming benefits, but many people who need them most the poor and the elderly don't use the internet.

Dr Black said this means the Government will have to keep contacting them the "old-fashioned" way ie, through the post which is "time-consuming and expensive". It may not be what the authorities want, but they have no choice. If millions of people are happy to live offline, the Government shouldn't simply ignore them.