Tech isn't magic and politicians should know that

Two more failed government IT projects fall on the scrapheap, but it doesn't have to be this way 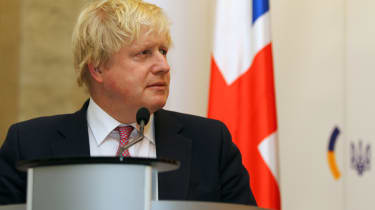 It's been a bad week for IT policy in the UK. While Brexit has, understandably, taken centre stage, two stories of failed or failing projects have also reared their heads.

Firstly, the government's dumbing down of its full fibre pledge. During his campaign to become Prime Minister, Boris Johnson damned the then government's plan to rollout full fibre across the UK by 2033 "laughably unambitious" and said he could have it done by 2025.

Well, they say pride comes before a fall and not six months later we received a Queen's Speech very much lacking in Johnson's prideful boast. Indeed, new plans for "gigabit-capable" broadband to be delivered across the country don't have a target end date at all.

Anyone who has ever done a household project, whether that's clearing out the loft or doing over the garden, will know that this lack of a deadline effectively means it will never get done.

The second story, once again buried by Brexit news this week, is that supposedly AI-driven software used by councils around the country has not only failed to drive up efficiencies, it has in at least one case marked low-risk housing and council tax benefit claims as high-risk. It's hard to say what exactly has gone wrong here as was widely discussed at Hitachi Vantara Next last week, AI is only as good as the data you feed it. But to my inexpert eye, it seems unlikely this algorithm was fed completely the wrong information by the council, not least because the error was rectified and the software dumped when the problem was identified.

Both of these instances fit into a common narrative: That government IT projects are almost always destined to be an unmitigated disaster. Overspending, lack of understanding of the technology, software not doing what it's supposed to, promises quietly shelved because they can't realistically be delivered all these and more are so often features of these doomed initiatives. Perhaps it's no wonder that so much of the public sector notably the NHS is still reliant on Windows XP so long after its official end of life.

What, then, is the answer? Perhaps it's easier to talk first about the root problem: Blind faith in "technology".

The technology that surrounds us nowadays is wonderful, yes I have the sum of all human knowledge in my pocket with my smartphone (well, except the classified stuff) but it's not magic. A "technical solution" can't be pulled from nowhere, both because technology is incremental and some things may not ever be possible, especially if you don't offer any specifications.

Both inside and outside the public sector, we have to be realistic about our expectations of what we can achieve through technology especially emerging fields like AI. If we take a more realistic and pragmatic approach, perhaps we can avoid climbdowns and wasted resources in the first place.