Breaking up big tech 'will cause more problems than it solves', says EU Competition chief

If Mark Zuckerberg put action behind his words 'we would see change rapidly', Vestager says 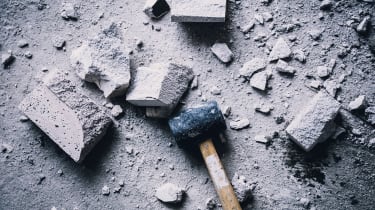 The European Competition Commissioner has dismissed calls to break up big tech companies, stating that such measures may cause more problems than they solve.

Speaking at the Web Summit in Lisbon, commissioner Margrethe Vestager was asked about the challenges her office faces with policing the likes of Google, Apple and Facebook.

Vestager said breaking up big tech conglomerates wouldn't solve the problem and likened it to the Hydra of Lerna - a serpentine creature from Greek mythology that grew more heads in place of ones which were chopped off.

Silicon Valley has already seen anti-competition penalties from Vestager, most recently levied against Google for its AdSense platform, but she said the only real change she has seen from these companies was "bigger ambitions".

"This also shows me that we have reached a phase where competition law enforcement can only do part of the job. We need to find the right level of democracy framing tech and say 'this is how you should serve us'."

Vestager said she "listens very closely" when Mark Zuckerberg gives evidence in hearings but was not inspired by what he said.

"He's an amazing creator of an amazing company and if he himself put action behind his words we would see change rapidly," she said. "And that would be very welcome."

Currently, there is also a growing call for Facebook to be split from its subsidiaries WhatsApp and Instagram, particularly from US Democratic presidential candidate Elizabeth Warren. Vestager, however, doesn't see that as the best solution.

"From a competition point of view, you would have to do something where breaking up the company was the only solution to the illegal behaviour, the damage that you have provoked," she said. "And we don't have that kind of case right now."

"The problem in that debate is that the people advocating it don't have a model for how to do it. If you know this story about the antique creature, when you chopped out one head, two or seven came up, so there is a risk that you do not solve the problem, you just have many more problems. And you don't have a way to try and control it."