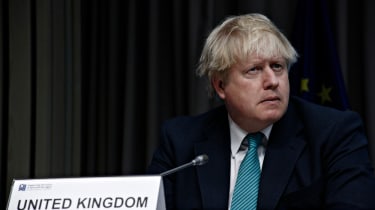 A Chinese tech firm with alleged links to the country's military intelligence service has created a database containing the personal data of some 2.4 million people.

The dataset, built by Shenzen-based firm Zenhua Data, has been leaked and is said to contain details of some 40,000 Britons, including members of the royal family, and UK prime minister Boris Johnson, according to The Telegraph.

The information is thought to have been taken mostly from freely available sources, such as social media, but there is a suggestion that it is part of a wider strategy from the Chinese Communist Party (CCP) to advance its surveillance and authoritarian control both domestically and internationally.

Security researcher Christopher Balding "stumbled" on the leaked dataset while researching Huawei's alleged links to the Chinese government. Through a series of introductions with activists, "enormous" amounts of the data collected were gradually revealed to him. He said it was "something akin to discovering the Holy Grail".

"This data provides proof of activities that China was believed to engage in, but for the first-time, data confirmed these activities," he wrote. "The individual who provided the Shenzhen Zhenhua database by putting themselves at risk to get this data out has done an enormous service and is proof that many inside China are concerned about CCP authoritarianism and surveillance."

The files are also alleged to contain information on the family tree of the royals and a list of their hobbies and interests. Prince Charles is listed as a "writer, polo player, entrepreneur, painter, helicopter pilot, children's writer and aristocrat", for example.

For normal citizens, the data includes names, dates of birth, educational history, professional biographies, criminal convictions, social media accounts and other information harvested from the internet. There is also info relating to UK businesses and the movements of both British and American naval ships.