The company's IT team discovered "unusual activity" on numerous accounts 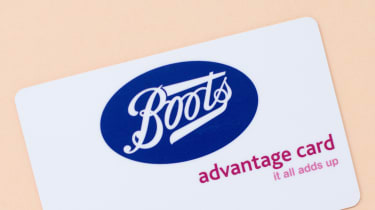 A spokesperson for the company confirmed that they had contacted “a small number of our customers to tell them that we have seen fraudulent attempts to access boots.com accounts”.

“This was after our IT security team spotted unusual activity on a number of Boots Advantage Card accounts, including attempts to access and spend Boots Advantage Card points,” said a spokesperson for the company, who assured that the email and password details were not acquired from Boots.

One in 20 Britons (14 million people) had signed up for the Boots’ Advantage Card system, meaning the as yet unknown perpetrators of the cyber attack could have breached the data of a large user base. Details of the cyber attack are thin, but Boots said the attackers had tried to spend customer Advantage points through the card loyalty system.

The attack is an example of 'credential stuffing' or 'password stuffing' whereby usernames and passwords of other online services are acquired and then used to try and login to other services in the hope that the credential will have been reused. As such, the cyber attack was made against Boots, but did not involve compromising Boots' database or online service directly.

Estimates from price comparison site Money Guru claim that any data stolen from Clubcard holders could be being traded “in Dark Web marketplaces” for as little as £2.70, while the average Briton's entire online identity could be bought for "less than £750".

“People’s data is so cheap simply because it’s so easy to get hold of,” said Jake Moore, a cybersecurity specialist at ESET. “Personal information is breached on what seems like a weekly basis, and then quickly features on the dark web for sale.”

Moore added that there is a “need to help educate people to look after their own personal cyber security”.

“It’s insane that people are still using the same three passwords across all online accounts, and once one or two are compromised, the third is usually guessable,” he said. “When data is stolen there’s very little we can do about it. What we can do, though, is to be on alert for phishing emails, implement 2FA where possible, and start making all passwords unique for all sites.”