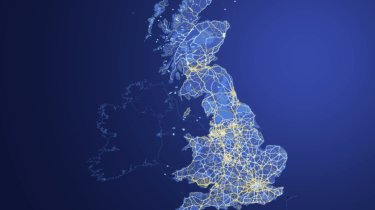 Safeguards outlined in a preliminary data-sharing agreement struck between the UK and US last year may not be sufficient, the EU’s data protection watchdog has declared.

The UK entered into an agreement with the US in October 2019 to reduce the barriers to data-sharing to better equip law enforcement agencies to fight crime. Subject to final approval through Parliament and Congress, the agreement would reduce the number of hoops through which law enforcement must currently jump to access sensitive data.

This terms of this agreement may undermine the UK’s hopes of achieving a data adequacy decision with the EU once the Brexit transition period ends on 31 December, however. Without an adequacy decision, free data flows between the EU and the UK would be disrupted, with data unable to flow from European countries to the UK.

The European Data Protection Board (EDPB), which oversees the application of GDPR consistently across EU member states, has cast doubt over whether safeguards outlined in the agreement are compatible with existing data protection laws.

Writing in a letter addressed to members of the European Parliament, EDPB director Andrea Jelinek has suggested the UK may, as a result, risk undermining its negotiating hand when it comes to requesting an adequacy decision.

Onward transfers from the UK to the US, in particular, has raised alarms. Specifically, there are doubts as to whether safeguards in the agreement for access to personal data in the UK would apply in cases where companies are obliged to disclose data by US authorities.

The EPDB has also cast doubt over whether the safeguards enshrined in the agreement would apply to any requests for access made under the US CLOUD Act.

“It is also essential that the safeguards include a mandatory prior judicial authorisation as an essential guarantee for access to metadata and content data,” Jelinek said.

“On the basis of its preliminary assessment, the EDPB, while noting that the agreement refers to the application of domestic law, could not identify such a clear provision in the agreement concluded between the UK and the US.”

The European Commission has itself, meanwhile, noted that it’s entered into negotiations with the US over the conclusion of an EU-US agreement to allow data sharing in criminal investigations. Jelinek added that among the safeguards that must be in place are those ensuring data protection standards continue where data is shared with third countries.

Despite establishing a data-sharing arrangement in October, leaked trade discussions suggested the US is lobbying to establish watered-down regulations between itself and the UK for general international data transfers.

The documents suggest the UK has committed to abiding by the EU-US Privacy Sheild during the transitional period, which should give the parties adequate time to establish a future agreement.