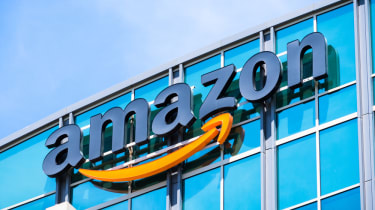 The European Commission (EC) has announced formal antitrust charges against Amazon over its treatment of third-party sellers.

In a preliminary ruling, which follows an investigation launched almost two years ago, the EC says Amazon broke competition rules by using data gathered on third-party sellers to compete against them.

Amazon is using this data, which includes the number of ordered and shipped units of products, the sellers' revenues on the marketplace, and data relating to shipping to make strategic business decisions to the detriment of the other marketplace sellers, the EC says.

"For example, it allows Amazon to focus its offers in the best-selling products across product categories and to adjust its offers in view of non-public data of competing sellers," the EC's Statement of Objections reads.

"The use of non-public marketplace seller data allows Amazon to avoid the normal risks of retail competition and to leverage its dominance in the market for the provision of marketplace services in France and Germany – the biggest markets for Amazon in the EU."

The EC also announced that it has started a separate investigation of into Amazon policies that may artificially favour its own retail offers, as well as products of other companies that pay to use Amazon’s logistics services.

In particular, the watchdog will investigate whether the criteria that Amazon sets to select the winner of the “Buy Box", the promotional window that suggests items for customers to add to their basket, leads to preferential treatment of Amazon's retail business or of the sellers that use Amazon's logistics and delivery services.

Executive vice-president Margrethe Vestager commented: “We must ensure that dual role platforms with market power, such as Amazon, do not distort competition.

“Data on the activity of third-party sellers should not be used to the benefit of Amazon when it acts as a competitor to these sellers. The conditions of competition on the Amazon platform must also be fair. Its rules should not artificially favour Amazon's own retail offers or advantage the offers of retailers using Amazon's logistics and delivery services.

“With e-commerce booming, and Amazon being the leading e-commerce platform, a fair and undistorted access to consumers online is important for all sellers.”

Amazon has yet to comment on the EC findings, but has previously played down antitrust concerns, claiming that many retailers have their own private-label offerings and that online sales represent only a small sliver of the overall retail sector.

Amazon’s business practices have been under scrutiny elsewhere in the EU and in the US. Earlier this year, Germany's antitrust watchdog launched an investigation into the company for allegedly abusing its dominance amid the coronavirus pandemic by blocking sellers from increasing prices.

In the US, Amazon is part of a group of companies under scrutiny by the House Judiciary Committee. The Justice Department and the Federal Trade Commission have also launched antitrust probes against Amazon.