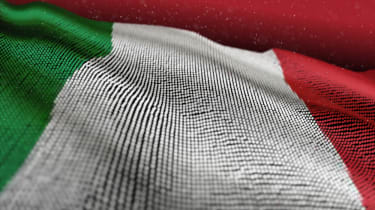 Businesses operating within the European Union have been hit with a total of €68 million (£61.5m) in fines relating to GDPR breaches so far in 2020.

Over €45 million of that came from Italian-owned companies, according to financial experts Finbold, which compiled a top 20 using data collected from the GDPR's enforcement tracker website.

Europe's data protection regulation turned two in May, but it seems many businesses are still struggling with compliance as the most common violation was an insufficient legal basis for data processing.

From 1 January to 17 August, Italy came out on top, having been issued with €45.6 million in fines as a result of 13 separate investigations. Sweden came in second, with €7.3 million in fines from 4 cases, while the Netherlands were ranked third with €2.8 million worth of penalties.

Germany has only received one GDPR-related fine since the start of the year, however that particular case, involving health insurance firm Allgemeine Ortskrankekasse (AOK), resulted in a €1.2 million fine in June, placing the country 5th on the list. The firm was sanctioned after it was shown that collected personal data, such as contact details and insurance information, were being improperly used for advertising purposes.

When ordered in terms of total number of cases, Spain currently tops the list with 76 investigations and subsequent penalties, although the majority of these were for relatively minor infractions, racking up just €1.9 million in fines.

The UK is notably absent from the rankings, as the most recent British organisation to receive a GDPR fine was Doorstep Dispensaree Ltd in December 2019. The firm was levied with a €320,000 sanction for failing to protect physical NHS documents by storing these outdoors in cardboard boxes.

There are also a handful of significant fines that have been proposed but not yet levied, many of which could be enforced before the end of the year. These include record-breaking sanctions against British Airways and Marriott International in 2019 of €205 million and €110 million respectively, both of which were issued by the UK's data watchdog, the Information Commissioner's Office.