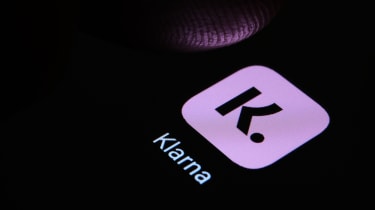 The Information Commissioner's Office (ICO) has opened an enquiry into Klarna after receiving complaints that the company sent marketing emails to people that had never used the service.

The UK's data protection regulator told IT Pro that "some members of the public" have made it aware of a marketing email, which Klarna has said was sent out "incorrectly".

A number of people have taken to Twitter to state that they had received from the Swedish fintech firm confirming the mistake.

"We are extremely sorry," the message read. "You may have just received our newsletter without expecting it. The email was sent incorrectly and you should not have received it. We apologise for the inconvenience. "Please rest assured, you have not been added to a marketing database, and you will not receive any further marketing communication unless you opt in or download our app at a later date."  However, many have questioned how Klarna had their email address in the first place. Some have suggested that the error has revealed that retail data is being passed on illegally.  "A number of people (including myself) have received a promo email from Klarna, despite never having used the service... no explanation as to where they got the data from," tweeted one receipient of the email. "My guess is retailers are passing on data which surely is not ethical or GDPR compliant?!"

A number of people (including myself) have received a promo email from Klarna, despite never having used the service..no explanation as to where they got the data fromMy guess is retailers are passing on data which surely is not ethical or GDPR compliant?! 🤷‍♀️ pic.twitter.com/ieYNgkEE11

The company has apologised in a blog post but it still hasn't specifically revealed how it has access to non-user email addresses.

The firm works with retailers such as Asos and Topshop providing technology services that allow consumers to pay for their goods in 30 days or with a credit or debit card that is processed by Klarna software on behalf of the retailer.  "The email was sent to Klarna consumers who have recently used one of Klarna's products or services including Klarna's checkout technology," the firm said. "Klarna's checkout technology is a product some retailers use to process payments on their website. This means that Klarna processes all credit and debit card transactions for these retailers."