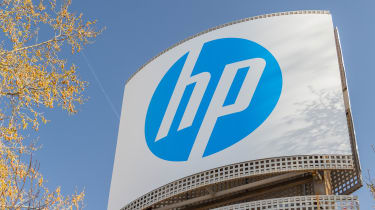 HP Inc has won damages totalling $439 million in a price-fixing case, after just one of the companies in question opted for a court trial.

Back in 2013, HP sued seven manufacturers of optical disk drives, saying they conspired to drive up prices between 2004 and 2010. Over the years, six of the accused companies have settled – NEC, Panasonic, Samsung, Sony, TEAC, and Toshiba – and the European Commission fined all seven companies for running a cartel. However, Taiwan-based Quanta Storage has continued to fight the allegations from HP in court.

In October, a Texas jury sided with HP, after seeing evidence including phone logs of a Quanta staffer repeatedly calling rival companies, and an email with the subject line "price fixing". The court ordered Quanta and its US subsidiary to pay $176 million.

Quanta Storage challenged those findings, leading a US judge to instead triple them to $528 million, though the total will be reduced by $89 million, which was previously paid by companies that settled out of court, according to a Bloomberg report.

“HP hopes this judgment sends a powerful message to suppliers all over the world that there are significant consequences when you violate US antitrust laws,” said HP's lawyer Alex B. Roberts in an email sent to Bloomberg.

Quanta has reportedly said it took the case to court after HP demanded a larger settlement than the six other companies, saying it may appeal the ruling. "Quanta Storage was not capable of manipulating product prices," the company said according to a report on Focus Taiwan. "HP's lawsuit has no merit at all."

The court-ordered damages payment helped send Quanta's shares down by 10% today on the Taiwanese stock exchange.