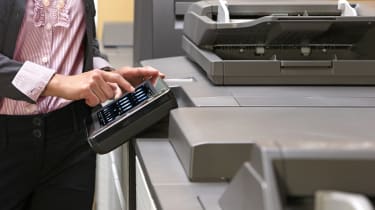 30/09/2016: HP has issued a formal apology for preventing printers using non-genuine ink cartridges from working. The company admitted it rolled the update out, but it defended its decision saying it was implemented to safeguard customers from damaging their equipment with counterfeit cartridges.

"HP printers and original HP ink products deliver the best quality, security and reliability. When ink cartridges are cloned or counterfeited, the customer is exposed to quality and potential security risks, compromising the printing experience," the company said.

It explained the update it issued identified cartridges that used cloned security chips and prevented them from working in printers.

"We should have done a better job of communicating about the authentication procedure to customers, and we apologize," it said in the blog post. "Although only a small number of customers have been affected, one customer who has a poor experience is one too many."

It then said it would roll back the update, meaning customers can use the cartridges they wish in the HP printers, whether they're genuine or not. The update should be ready in two weeks, although if customers have concerns in the meantime, they're encouraged to contact HP's customer support.

"We will continue to use security features to protect the quality of our customer experience, maintain the integrity of our printing systems, and protect our IP including authentication methods that may prevent some third-party supplies from working," the company continued.

"However, we commit to improving our communication so that customers understand our concerns about cloned and counterfeit supplies."

29/09/2016: The Electronic Frontier Foundation (EFF) has called for HP to apologise to customers after purposefully breaking its customers' printers if they used non-genuine inks.

The company is also asking the printer manufacturer to roll back the firmware that causes the peripherals to stop working if it detect the user has used non-HP cartridges.

"By giving tens of millions of your customers a reason to mistrust your updates, you've put them at risk of future infections that could compromise their business and home networks, their sensitive data, and the gadgets that share their network with their printers, from baby monitors to thermostats," he continued.

Doctorow went on to slam HP for not warning customers it was planning to stop their printers wokring if they bought non-genuine printer cartridges.

The update was distributed in March, but it wasn't activated until Setember, so the update was running dormant on computers until then. This, it is argued, led to a false sense of security for new HP customers who were buying the printers hoping to use other cartridges, but were then unable to do so just a few months after making the purchase.

"Your customers will have replaced their existing printers, or made purchasing recommendations to friends who trusted them on this basis. They are now left with a less useful printer and possibly a stockpile of useless third-party ink cartridges," Doctorow added.

19/09/2016: HP has been accused of pre-programming its printers with a failure date for third-party ink cartridges.

Dutch ink site 123inkt reported a spike in error reports on 13 September when over 1,000 customers said that their third-party cartridges no longer worked.

The company told the BBC that the error was down to a firmware upgrade, the purpose of which was to "protect HP's innovations and intellectual property," and Cartridge World CEO Paul Callow noted that similar issues from firmware updates are far from new.

"Sometimes these upgrades affect the interaction between the device and the printer cartridge or toner," he said. HP... can adjust its coding so as to not affect its own brand consumables, but it would be impractical, if not impossible, to do this for every single potential cartridge or toner make available on the market."

However, according to 123inkt, the latest firmware update was issued in March of this year , several months before the problems occurred. It also noted that many printers with stock firmware and internet connection were also rejecting non-HP cartridges.

It claimed that, rather than a being caused by a recent software update, HP was specifically programming printers to reject third-party ink after a certain date.

Some customers are angry, and many feel like they are being strong-armed into paying for HP's own-brand ink cartridges, which are markedly more expensive than third-party alternatives.

The company has reassured users that official ink cartridges refilled with alternative ink would still function as intended.