Mopria: Changing the way we print

Mobility has changed the way we work, now the Mopria Alliance is changing the way we print. 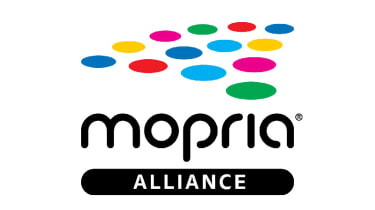 In February 2014, the HP MFP M476 became the first printer to be certified by the Mopria Alliance, demonstrating both printing's continued importance in the modern workplace and that it can really work in the mobile-first, cloud-first world.

It has since been joined by almost 100 other HP printers, plus several models from Canon and Lexmark.

But who is the Mopria Alliance? And what does Mopria certified mean for businesses?

The pace of change in computing over the past ten years has been phenomenal. From being chained to our desks by PCs to partial mobility with laptops, through to fully-fledged liberty through tablets, hybrids and smartphones, the ability to work from anywhere with ease has changed the face of how we work today.

However, there was one aspect of the traditional office that had failed to keep up: the printer.

Despite years of talk about the "paperless office", printed materials remain an important part of virtually all roles. But, the ease with which you can print from traditional desktop hardware and laptops never quite made it to mobile devices.

This is a real problem for workers today. Research by IDC has shown people want to print everything from boarding passes to business documents to hotel reservations with their mobile devices.

However, the same research showed 50 per cent didn't know how to print from their mobile device, while investigations by InfoTrends have shown most mobile printing solutions lack compatibility with other printers and mobile devices.

The founder members of the Mopria Alliance, HP, Canon, Samsung and Xerox acknowledged this issue and, in September 2013, came together to, in the words of the Mopria manifesto, "make mobile printing as easy as printing from your ofce or home PC" - and ultimately make it easier.

Seamless printing for a mobile age

The stated goal of the Mopria Alliance is to provide "simple wireless printing from smartphones, tablets and other mobile devices".

In practice, this means setting standards that promote interoperability between mobile and print devices.

Connection simply deals with the ways in which a user can connect to the printer, which currently include being on the same network as the printer, Wi-Fi Direct peer-to-peer technology, Ethernet, or NFC.

Print System, which is based on Wi-Fi Direct Services Print and the industry standard Internet Printing Protocol, is a function built into the mobile OS that allows printers to be discovered before establishing the peer-to-peer connection to the printer. This means the users can establish a connection to their printer without being weighed down by having to install any special apps.

User Experience refers to minimum standards, such as keeping the user interface simple and ensuring continuity across devices.

These components lay the groundwork for bringing together the mobile experience with printing seamlessly.

As Emily Ketchen, ‎VP of marketing at HP, said: "As manufacturers begin to implement a unified printing standard, customers will discover an entirely new way to print from their mobile devices all without added set up procedures or app downloads."

The greater part of the world's leading printer manufacturers are now members of the Mopria Alliance, having recognised the importance of mobile printing for today's businesses. However, you need software companies on board too if an initiative like this is going to work.

This is why Google's incorporation of a Mopria plug-in into its newest version of Android - 4.4 KitKat - was so important for the movement.

The plug-in, which was announced in February 2014 and released the following month, included NFC tap-to-print technology, so users can simply tap their device on a Mopria certified printer in order to produce a hard copy of their document.

At the same time, Adobe, Conexant, and Monotype - some of the biggest names in creativity and design - were welcomed into the Alliance, along with printer manufacturers Brother, CSR, Epson, Konica Minolta, Kyocera, Lexmark, Marvell, Pantum and Ricoh.

This lent even more credibility to the movement and furthered Mopria's mission to provide a single, achievable standard for printing from any device to any printer.

Printing from anywhere - the next office revolution?

The idea of  making wireless printing from smartphones, tablets and other mobile devices as simple or even more simple than printing from your home or office isn't just a nice-to-have feature, though.

According to Karl Dueland, vice president of the solutions delivery unit at Xerox, this technology could change the way work gets done.

"We believe the workflow improvements of mobile printing, when done right, will have an incredibly powerful impact," he said.

Sungho Choi, vice president of standards and technology enabling at Samsung - which like HP is in the unusual position of making both printers and mobile devices - added: "The lack of easy print solutions has limited the usage of features and applications in mobile devices.

"The Mopria Alliance will open up the opportunity for innovative and convenient mobile printing and as well as the use of mobile devices."

Indeed, with the ability to print anywhere from any device, employees can be more flexible and responsive, and really take advantage of everything mobile computing has to offer, which makes for a happy workforce and a more productive office.