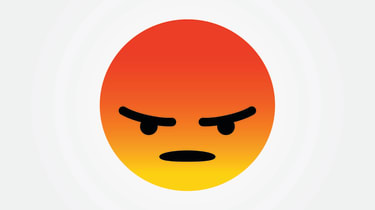 Facebook's, shall we say turbulent, relationship with data privacy has been in the news again, and consumers are once again outraged about the social media giant's tendency towards mass information gathering.

For those of you that have been living under a rock for the past week, it has been revealed that Cambridge Analytica - the shady data science firm with links to Trump, Brexit, Steve Bannon and billionaire power brokers - used Facebook to harvest the personal information of around 50 million people, which it then built into a powerful predictive analytics tool.

Cambridge Analytica achieved this hefty data harvestby hiring an academic to create a personality quiz in the form of a Facebook app, and then paying users to take it. As part of the app's permissions, it harvested data - including personal details and which Facebook pages they'd liked from the profile of not only whoever took it, but their friends as well, thereby exponentially increasing the number of accounts it could pull from.

In the wake of the news, public figures have been up in arms, calling for people to delete their Facebook accounts, with #DeleteFacebook intermittently trending on Twitter.

Why are people so angry, though? It's not like the fact that Facebook is gathering up as much of your personal information as possible was a secret. What did they think that Zuckerberg and co were doing with it?

The answer is Facebook is doing exactly the same thing with that data that Cambridge Analytica is - building a detailed psychological and behavioural profile of you, which can then be used to target you with more effective advertising. The only difference between the two companies is that Cambridge Analytica is trying to influence your vote rather than your spending habits.

Here's the news, though; everyone else is doing the same thing. Ever noticed how roughly 90% of the internet is free? Well, there's an old saying: "If you're not paying for something, you're the product". In the age of the internet, this has never been truer. Google, Facebook, Twitter and the rest; all of them are hoovering up as much user data as they can legally acquire, and then effectively selling that data to advertisers. The world at large doesn't seem to have had much of a problem with this data gathering up until now.

The fundamental truth is that the vast majority of us are willing to sacrifice privacy for convenience. I know I am.

I'm willing to surrender all my information to the likes of Google, Facebook and other tech companies in exchange for an easier life and chances are, you've made the same choice too.

None of which is to say that Facebook is a blameless in all of this - it is gathering a frankly Orwellian amount of information. And its handling of the unfolding Cambridge Analytica scandal has been abysmal to say the least - but at this point, we're all in too deep to just quit cold turkey. Facebook has done an excellent job of embedding itself into the fabric of our everyday lives, so for many people deleting it means cutting yourself off from family, friends, events, and more.

All of this makes the whole #DeleteFacebook movement is almost embarrassingly pointless. Fine, by all means close your Facebook account - but unless you either delete or anonymise virtually every other online service you use, it's a hollow gesture which accomplishes nothing.

We're all caught in the clutches of the data-hungry machine that the internet has become, and short of rebuilding the damn thing from the ground up, there's nothing any of us can do about it now.