Google gets caught up in Russian internet censorship battle 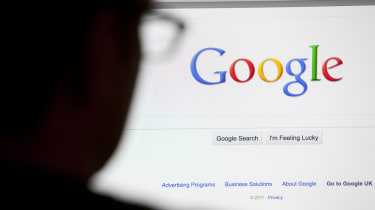 Gmail and Google Search have been partially blocked in Russia after the state's communication watchdog accused the US search engine of helping people continuing to use the banned chat service Telegram in the country.

Russia blocked certain Google IP addresses in Moscow, St. Petersburg, Kazan, Krasnoyarsk and other cities yesterday after they were added to Roskomnadozor's list of banned sites.

"Google hasn't complied with Roskomnadzor requests and, despite a court ruling, keeps allowing Telegram Messenger to use its IP addresses to operate in Russia," the watchdog said on its official page on the VK.com social network. "Therefore, Roskomnadzor included some Google IP addresses into a register of banned internet resources."

Gmail, Google Search and some Android app push notifications are affected, according to TechCrunch.

This is the latest development in Russia's war on Pavel Durov's encrypted Telegram messenger service, which Russian authorities had started blocking on 16 April after Durov failed to comply with legislation requiring the company to give the federal security services access to users' encrypted messages.

Despite the ban, Telegram users were able to continue accessing the service by using VPNs and hopping from various IP addresses on sites like Google to bypass the block.

In a post on his own Telegram channel, Durov warned that Russia is heading into an era of "full-scaled internet censorship", and that this was its strongest crackdown on internet freedom so far.

"For seven days Russia has been trying to ban Telegram on its territory - with no luck so far. I'm thrilled we were able to survive under the most aggressive attempt of internet censorship in Russian history with almost 18 million IP addresses blocked.

"My thanks to all the members of the #DigitalResistance movement. Keep up your great work setting up socks5-proxies and VPNs and spreading them among your Russian friends and relatives. They will be needed as the country descends into an era of full-scale internet censorship."

A Google spokesperson told TechCrunch: "We are aware of reports that some users in Russia are unable to access some Google products, and are investigating those reports."