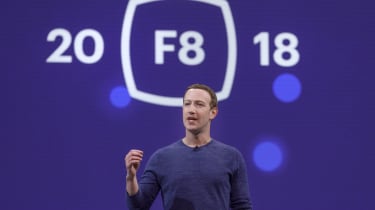 Following what Mark Zuckerberg has called an "intense" couple of months, the Facebook boss has kicked off the annual Facebook F8 developers conference in San Jose.

Among the highlights from Zuck's keynote speech include a dedicated dating service, a Clear History tool, further integration of AR and VR across Facebook and Instagram, a blood donation platform and a translation feature in Messenger. Below we've rounded up all of the major announcements from this year's event.

Facebook appears to be coming full circle, from its days as a website designed to rate how hot people were, the social network is launching a new feature specifically for dating and relationships within the Facebook app.

Stressing it's not for "hooking up", the feature has been designed to help people meet new people and find love among Facebook's 1.2 billion users. In a blog post, Facebook said: "People already use Facebook to meet new people, and we want to make that experience better."

Once the feature launches (testing is expected to begin "later this year"), people will be able to create a dating profile separate from their Facebook profile, but still accessible from within the app. Potential matches will be recommended based on what dating preferences you put in your profile, mutual friends, and things in common. Zuckerberg didn't detail exactly what data it will use to establish your interests, but it may well pull information from Pages or brands you've Liked or interacted with.

You'll also have the option to discover others with similar interests through your Groups or Events, without any of this activity being visible from their main Facebook profile, or to your friends.

Fresh from his testimony in front of Congress, and with the Cambridge Analytica scandal still looming large, Zuckerberg used his keynote (and personal Facebook page) to announce the Clear History tool.

This feature will let you see, at a glance, which websites and apps are sharing your information with Facebook. Apps and websites that use features such as the Like button or Facebook Analytics send Facebook information to improve their ads, while Facebook uses this data to target you with ads and other features you may be interested in.

Once Clear History launches, you'll be able to delete this information from your account at the press of a button, as well as turn off the ability to store any of this information in the first place. It will work in a similar way to how clearing your browsing history works.

If you clear your history, Facebook will remove any so-called "identifying information" meaning there will no longer be a history of the websites and apps you've used while signed into the site. Facebook will still give these apps and websites "aggregated" analytics, so it can reveal which apps are more popular with men, or among certain age groups, but this data won't specifically identify you as an individual so advertisers won't know who you are.

In a post explaining more about Clear History, Facebook's VP of and Chief Privacy Officer Erin Egan wrote: "The past several weeks have made clear that people want more information about how Facebook works and the controls they have over their information. And today at F8 we're sharing some of the first steps we're taking to better protect people's privacy."

Zuckerberg did stress, though, that while using Clear History will improve the control you have over your data, it will make your experience on Facebook worse: "To be clear, when you clear your cookies in your browser, it can make parts of your experience worse. You may have to sign back in to every website, and you may have to reconfigure things. The same will be true here. Your Facebook won't be as good while it relearns your preferences."

Facebook said it will "take a few months" to build Clear History, and the site is building it with advice from privacy advocates, academics, policymakers and regulators.

Remember M, Facebook's AI bot pitched as a rival to the likes of Siri and Google Assistant? Facebook announced plans to shutter the service back in January, citing it as an experiement that had come to an end, but it has now been resurrected (sort of) in the form of M Translations.

In the "coming weeks", M will translate multiple languages posted by buyers and sellers using M suggestions in Marketplace. When people using Marketplace get a message in a foreign language, M will ask if they want to translate the message. From launch, translations will be available in English and Spanish, with more languages and features expected soon.

Instagram Stories has gone from strength-and-strength but Facebook's own version of the 24-hour Stories feature has yet to take off. Not one to be put off lightly, Zuckerberg announced a new way for people to share updates from third-party apps, such as Spotify, to both Facebook and Instagram Stories at Facebook F8.

Speaking of Instagram, building on the launch of the AR camera platform at last year's F8 conference, Facebook has launched AR Studio, a place for creators "to design unique, interactive camera experiences, including face filters and world effects, for their followers on Instagram."

AR is also coming to Messenger. Currently in closed beta, this feature will let brands bring AR camera effects to customers via Facebook's standalone messenging app. This could be used to let people virtually customise or try on clothes or walk through new products.

Not forgetting the VR hardware it spent billions on in 2014, Zuckerberg announced at Facebook F8 that Oculus Go, Oculus' first standalone VR headset, is now on sale globally. It starts at 200/$199 and comes with 1,000 apps, games and experiences. You can read our Oculus Go review here.

Facebook launched a blood donation feature in India, Bangladesh and Pakistan last September, to help boost the number of people registering as blood donors on the social network and this is now being expanded. With the launch of Blood Donations on Facebook, the site wants to "make it easier for people who want to donate to find opportunities nearby." In the coming weeks, users in India, Bangladesh and Pakistan will be able to see where their nearest blood donation camps are, view requests for blood donations as well local blood banks all from within Facebook.