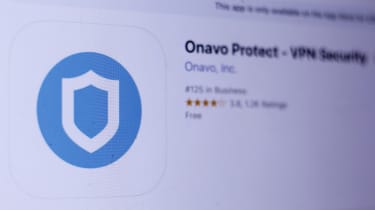 The app is used to block online threats while browsing on your smartphone device and uses encryption to safeguard users. However, following a change to the rules around data collection that Apple imposes on applications hosted on its store, Facebook has pulled the app as Onavo also tracks the usage of other apps installed on a device.

The clash comes after Apple changed its App Store policies earlier this year to crack down on the practice of developers harvesting phone contact information and, without individual permissions, using the details gathered for marketing purposes.

WSJ reported the two tech giants were engaged in discussions last week at Apple's headquarters in Cupertino, California, where the iPhone-maker suggested Facebook voluntarily remove the app. The social media company agreed, and Onavo Protect is now no longer listed on the App Store.

Onavo was founded in 2010 before the social media giant acquired the Tel Aviv-based developers three years later in a deal thought to have been worth between $100-200 million. The company was initially considered useful to Facebook as it specialised in compressing data, allowing apps to perform faster in emerging markets blighted with poor connection speeds.

Onavo Protect was built to offer users an added level of security when browsing the internet from their mobile device. The app detects and blocks online threats using a combination of tools, while also informing users when they may stumble onto a website with unsecure elements that could be exploited by an attacker.

But the app's privacy policy also says it collects information "regarding you, your online activities, and your device or browser when you use the Services" because all mobile data traffic is routed through, or to, Onavo's servers.

According to this policy, the app may collect information about a user's device, how often other smartphone apps are used, as well as information about data usage in general, something that now contravenes Apple's new data collection policies.

"We've always been clear when people download Onavo about the information that is collected and how it is used," a Facebook spokesperson told IT Pro, adding: "As a developer on Apple's platform we follow the rules they've put in place."

Tim Cook has long been critical of the way social media companies harvest data from their users, going as far as to suggest that there should be regulations to curb how much data can be collected and how it can be used.