With it, the tech giant takes over contracts with five NHS Trusts, with only Yeovil opting out 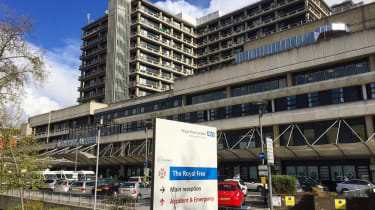 Google has swallowed the health division of AI firm DeepMind, some ten months after it was originally announced, with five NHS Trusts signing contracts despite the controversy around the deal.

London-based DeepMind announced its health division was being swallowed by parent company Google in November, but the deal was met with concern over handing patent data over to the US tech giant.

Now, five healthcare trusts, The Royal Free, Imperial College, Taunton and Somerset, Moorfields Eye Hospital and University College London, have all agreed on a contract with the now Google-owned service.

As such, confidential UK hospital data, which could include medical history, diagnoses, treatment dates and ethnicity details will fall under the watch of the US tech giant.

"Health data is sensitive, and we gave proper time and care to make sure that we had the full consent and cooperation of our partners," Dr Dominic King wrote in a blog post. "This included giving them the time to ask questions and fully understand our plans and to choose whether to continue our partnerships.

"As has always been the case, our partners are in full control of all patient data and we will only use patient data to help improve care, under their oversight and instructions."

This was not the case in 2016, however, when it was revealed that DeepMind's 'Streams' app had accessed the data of around 1.6 million patients without consent. At the time, the Royal Free hospital was judged to have not done comply with the Data Protection Act, according to the ICO.

Around the same time DeepMind's co-founder, Mustafa Suleyman made a pledge.

"DeepMind operates autonomously from Google, and we've been clear from the outset that at no stage will patient data ever be linked or associated with Google accounts, products or services," he said.

From there Google had to renegotiate the contracts with the NHS Trusts involved in DeepMind's research. In total six of these hospitals were involved, with only Yeovil District Hospital deciding not to transfer over to the deal.

"Working with the DeepMind team, we found that Streams is not necessary for our organisation at the current time," the Trust told the BBC.

The tech giant has taken control of the AI project's health division to oversee the expansion of its alerting and task management app Streams across the wider health service.

But privacy experts have slammed the move, claiming DeepMind threatens to row back on its promise for patient data it controls and processes to "never be connected to Google accounts or services".

The "major milestone" will see the team that developed the Streams app relocated to Google, with the DeepMind Health brand dissolved. DeepMind will continue to work on some health research independently of the Streams team under the ownership of Alphabet, but will collaborate with Google upon generating promising results.

Patient data, however, will remain under NHS control and decisions about its usage use will stay with them, according to DeepMind's CEO Demis Hassabis, head of applied AI Mustafa Suleyman, and health lead Dominic King in a blog post.

"Our vision is for Streams to now become an AI-powered assistant for nurses and doctors everywhere - combining the best algorithms with intuitive design, all backed up by rigorous evidence," the DeepMind team said.

"The team working within Google, alongside brilliant colleagues from across the organisation, will help make this vision a reality."

But privacy experts, including research fellow at New York University Julia Powles, have raised concerns over the announcement, particularly over the pledge to never share data with Google, branding the announcement "trust demolition".

Economics professor at Imperial College London Tommaso Valetti, meanwhile, said "they are doing it again", and labelled the news "a combined competition, antitrust and data privacy problem" in a tweet.

"The staff of DeepMind Health promised they wouldn't give data to google; so the owners of DeepMind handed the Health team to Google, data included," said Phil Booth co-ordinator at health privacy group medConfidential.

The group then directed IT Pro to DeepMind's latest annual review, in which independent auditors wrote that perceptions of data-sharing between itself and Google would hamper essential research.

"The public perception that this might be the case, now or in the future, will be difficult to overcome and has the potential to delay or undermine work that could be of great potential benefit to patients," the review said.

"It is of particular concern to the Independent Reviewers that DMH's public engagement work is less coherent or visible than its work with patients."

DeepMind had previously been given access to at least 1.6 million NHS patients' records in a data-sharing deal with the Royal Free NHS Trust. But the 2016 deal soon fell into controversy as a review panel found patient data was shared without appropriate consents.

Steams is currently being used by clinicians working in the London-based Royal Free Hospital following a successful trial. Google now hopes to scale out the 'AI-powered clinical assistant' across the wider NHS, with assurances that "information governance and safety remain our top priorities".

"We're excited to play our part in that journey both at DeepMind and at Google, in the service of patients and clinicians around the world."

A DeepMind spokesperson told IT Pro its existing contractual arrangements, including data-sharing agreements, with NHS Trusts are still in force and unchanged.

"Any company which uses patient data is required to comply with strict data protection laws," a spokesperson from the Department of Health and Social Care (DHSC) said.

"We support initiatives which use of technology to deliver benefits to patients quickly and safely but any such project must safeguard patient data."

NHS Digital was also approached but did not choose to comment.

How to measure data quality 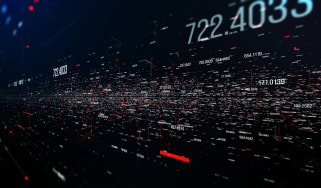 How to measure data quality