Remember when tech firms were lauded for their ideas rather than castigated for selling our data? 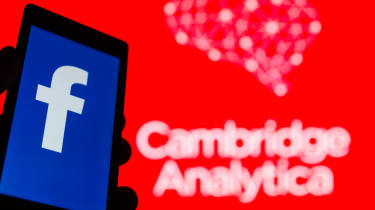 Perhaps I'm just getting old, but didn't tech used to be fun? (Both can be true.) If news broke about Facebook, it was because it had an intriguing new feature, not that it had leaked millions of users' data to propagandists.

Google was once celebrated as a useful tool, not criticised as a surveillance machine. As a journalist, covering hardware launches required building charts to compare specs, and we all waited to find out if a new handset would have a removable battery or SD card - now, I've got to have privacy experts on call for comment about new biometric hack vectors.

Ten years ago, the tech industry was shiny and new; we were still too excited about it to see the damage it could cause. The Chrome browser landed in 2008, the first Apple iPhone arrived in 2007 and Facebook opened up to any user in 2006, the same year Twitter arrived. The biggest complaints were that the iPhone's virtual keyboard had nothing on the BlackBerry's physical one, or when Facebook fiddled with the design of its site.

We should have known better, but it wasn't just that we tech aficionados and journalists were lacking in maturity. Silicon Valley has grown up in full public view, and after a blissful infancy, it's had a rough adolescence.

Look at Facebook. In 2006, the main privacy criticism about the social media site was the arrival of the News Feed, which broadcasts your posts and activity to your friends. This year, the discussion has centred on how Facebook, knowingly or otherwise, handed user data to Cambridge Analytica so it could meddle with democracy. Jokes about social media used to focus on what time-wasters they were - who wants to share photos of their lunch, and so on - while now we worry about the damaging impact on our mental health. As I write this, Google CEO Sundar Pichai is testifying to Congress, and our own parliament has used obscure rules to seize documents about Facebook's use of our data after it failed to convince Mark Zuckerberg to come for a chat.

The stakes feel higher because they are. YouTube's crime is no longer that it's a hub of pirated movies or music videos, it's where the alt-right and terrorists recruit and conspiracy theories rot minds. Facebook destroyed democracy and sparked violence in Myanmar. Twitter is a cesspool of abuse and racism. Apple is scanning your face. Google is a defence contractor.

Perhaps the entire tech industry is stuck in consulting firm Gartner's "hype cycle". If you've never had the pleasure of this particular PowerPoint slide, the hype cycle is the idea that we overestimate tech in the short term and underestimate it in the longer term. When new technology appears, hype leads us to the "peak of inflated expectations", before we're disappointed by what we see and slip into the "trough of disillusionment". It all sounds a bit silly, but it's a good shorthand for what happens with plenty of technologies - we get excited, then the downsides arrive.

The next stage, according to Gartner, is that we see the value in the technology in question, and we hit the "slope of enlightenment" and the "plateau of productivity". While it feels like the wider tech industry has slopped into the trough of something foul-smelling, it's tough to see how Silicon Valley will shake it off, regain our trust and bring us to sunnier times.

Slides aside, tech didn't start out this dodgy - it was a choice. We mock Google's "do no evil" slogan now, but Sergey Brin and Larry Page launched the firm wanting to organise the world's information, not sell ads or work for the military. Mark Zuckerberg just built a fancy phonebook for his college friends, not to assist in the downfall of Western society. But over the past decade, they got rich as they made terrible decisions about selling off our data and their souls, taking tech from a utopia to today's horror show.

It's hard to see how things will become fun again, but holding Silicon Valley's leadership accountable could be a start. Firing a few CEOs would give me something pleasant to write about, if nothing else.