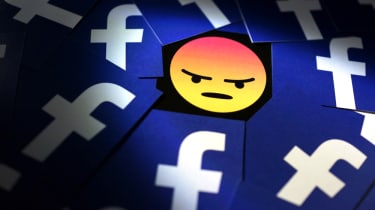 Facebook and the Federal Trade Commission (FTC) are currently negotiating a settlement which would see federally-appointed privacy executives inserted into the very top levels of Facebook, in addition to a multi-billion dollar fine it faces as a result of the Cambridge Analytica scandal.

The fine, disclosed last week, was said to be between $3-5 billion, with a source close to the talks saying that it would "probably be in the high end of that range," according to POLITICO, which first reported the story.

As part of the settlement under discussion, federally-appointed executives could be placed into Facebook to oversee and audit the company's privacy practices, the same processes that CEO Mark Zuckerberg said would receive greater attention at this week's F8 conference.

Facebook would also be required to form an independent privacy oversight committee that may include Facebook board members. These additions are said to be subject to change, but would be introduced alongside the fine.

The committee would reportedly hold quarterly meetings and issue periodic reports on the company's privacy practices.

In addition, Zuckerberg will be appointed as the designated compliance officer at Facebook, if the negotiations stay the way they are. This means he would be personally responsible for any future instances of non-compliance and could make it easier to pursue criminal prosecution if another scandal were to develop.

Zuckerberg's social media juggernaut is currently valued at over $500 billion and so it's likely that the FTC wants to instil these additional measures to help safeguard against similar wrongdoings in the future, something a fine may not do to such a gargantuan company.

It's also a sign of distrust over Facebook's ability to self-regulate, which is something that Zuckerberg has tried to convince others he is capable of. Calls for Facebook to be government regulated have been voiced across the globe and they would be partially answered if the negotiations finalise in their current state.

The FTC originally opened an investigation into Facebook in 2018 addressing whether the data protection practices used by the company in the Cambridge Analytica scandal violated the agreement it made with the FTC in 2011.

The multi-billion dollar fine is set to eclipse the FTC's current record penalty - the $22.5m fine against Google in 2012 for circumventing the privacy protections in Apple devices using the Safari browser and tracking their users.

The fine will also dwarf that issued to Facebook by the ICO for 500k over Cambridge Analytica, the then maximum fine possible under UK law. In November 2018, Facebook appealed the fine over a 'lack of evidence'.