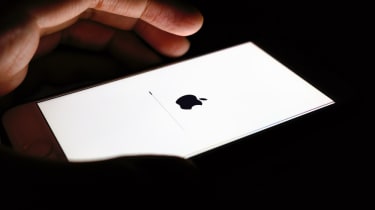 Law enforcement agencies will soon have access to a tool that can breach a raft of the latest flagship smartphones including the most recently-launched iPhone models.

Using a newly launched tool, developed by data extraction firm Cellebrite, organisations like the FBI and MI5 will be able to breach any iOS device and a host of high-end Android handsets.

At a time where tech manufacturers are placing a greater emphasis on user privacy, the UFED Premium tool can be used to perform full file system extractions on their flagship devices.

Law enforcement agencies can then gain access to third-party app data, chat conversations, downloaded emails and email attachments, as well as deleted content. Moreover, the tool's developers promise to "increase your chances of finding the incriminating evidence and bringing your case to a resolution".

Smartphones vulnerable to UFED Premium include the Samsung Galaxy S6 through to S9 models, as well as "popular device models" from Motorola, Huawei, LG and Xiaomi. The tool also supports all Apple devices running iOS 7 to iOS 12.3.

Cellebrite is proud to introduce #UFED Premium! An exclusive solution for law enforcement to unlock and extract data from all iOS and high-end Android devices. To learn more, click here: https://t.co/WHsaDxzoXz pic.twitter.com/BSixEkyAuL

With UFED Premium, law enforcement agencies can determine passcodes and perform unlocks for all Apple devices, as well as make use of sophisticated algorithms to minimise unlock attempts. Android devices, similarly, can be bypassed with ease, with users then accessing unallocated data to maximise the chances of recovering deleted items.

As an 'on-premise' tool, law enforcement officers can use the UFED Premium to extract data and infer results without the need to use any additional Cellebrite services, meaning it can be deployed at their discretion.

But the company has given clients the option of using in-house services, provided by certified forensic experts, to gain access to evidence from locked, encrypted or damaged devices using in-lab only techniques.

Apple and other smartphone manufacturers have begun placing a much greater emphasis on user privacy and information security in their marketing to consumers. This has come at a time where the EU's General Data Protection Regulation (GDPR) hit mainstream consciousness, and large-scale data breaches regularly populate newspaper headlines.

The likes of Facebook and Google, for example, have also come under heavy public scrutiny for allegations of disregarding user privacy, the former in particular given the scale of the Cambridge Analytica scandal.

Manufacturers, therefore, are unlikely to approve of a tool that can be harnessed to break a fundamental component of their sell to the market. The conflict this could spark between tech giants and governments bears similarity to that which exists over end-to-end encryption.

The UK government, in particular, has been especially vocal about the need for tech giants to compromise the absolute privacy that end-to-end encryption offers. This is because, as politicians and law enforcement agencies argue, this allows criminals to organise freely through social networks, such as WhatsApp, that use encryption.