We're far too careless with our own personal data, especially on the Tube 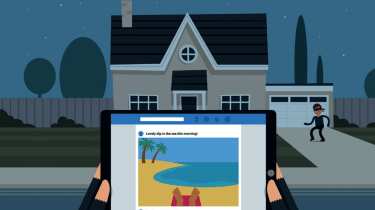 It turns out that some poor schlub earning $5 an hour in an Amazon compound might have heard me tell Alexa to switch off my heating at some point in the past couple of years. And I'm supposed to be furious about this.

As you can tell, I'm not my usual bubbling cauldron of bile this week. It seems that voice-assistant algorithms aren't quite as clever as we'd thought, so to help Amazon's AI understand exactly what we're saying when we bark at Alexa to play songs by Kajagoogoo, the company has enlisted human help. A few thousand people listen to recorded voice snippets and tell the computer what you intended to say.

The voice recordings are anonymised and, of course, there's a ludicrously tiny chance that your voice command will be plucked from the pool of billions to be sampled by human ears, but when have the facts ever got in the way of a good story? "Amazon reportedly employs thousands of people to listen to your Alexa conversations," read the headline from CNN's Business website. Jolly good. It's a bigger audience than most of my podcasts get.

In the past fortnight alone, I've witnessed people flagrantly abusing their own privacy on several occasions. Take the bloke on the packed train to London who was clearly ordering something on his mobile, and sat there with his phone trapped between chin and shoulder as he loudly dictated his name, address and 16-digit credit card number to the entire carriage. And no, mate, whispering your three-digit security code into the phone doesn't make that a secure transaction.

Then there's the friend of a friend who wanted to show the world how appalling her 10-year-old passport photo looked. But instead of just snapping the photo or cropping the image, she posted the entire photo page of her passport on Twitter. You know, the one with her full name, date of birth, signature and passport number emblazoned across it. No wonder stolen details sell for pennies on the black market - people are literally giving this stuff away.

And let's not forget the numerous friends (possibly former friends when they read this) and acquaintances who showed off their Easter holiday snaps on their public Instagram and Facebook pages, some of which revealed tasty snippets of information such as "last meal before we fly home tomorrow". I fully expect their next Insta update to show pictures of their house after it's been burgled, complete with the caption: "why us?".

It's perfectly valid to get angry when the big firms play fast and loose with your personal data. But I'd place a handsome bet that the vast majority of those who flamed Amazon for breaching their privacy have done something far worse to compromise their own security.

The moral of the story is to look after your own private data, because nobody else is going to do it for you.